On their weekend show, Fox & Friends hosts Will Cain, Pete Hegseth, and Rachel Campos-Duffy promoted an idea which has is being floated by Ohio Republican Senate candidate J.D. Vance, that "childless" Americans should not be allowed to participate in society by voting, because the "childless left" has no real stake in America.

In discussing the controversial issue, the Fox hosts labeled the proposal - an “interesting idea.” No kidding? Seems like Fox has been into quite a few “interesting ideas” over the years, such as two failed Middle East wars, labeling the coronavirus a hoax, fear-mongering about vaccinations, supporting an insurrection, and ending all regulations for the thieves on Wall Street.

Anyway, if this “only people with children should vote” logic is correct, shouldn’t we then be giving the biggest vote to our dogs, cats, and (especially) pet rabbits? After all, they tend to have really large families. Fact is, I’d definitely trust them as a voting block - more than any Trump supporters. Personally, I have a cat and no children - but we’ve both been vaccinated. That’s more than I can say for most Republicans.

Frankly, one has to wonder how there can even be any liberal voters at all, since according to Republicans, liberals have been aborting all their babies since 1973’s Roe vs Wade decision. Also, if childless people shouldn’t vote, then what happens to Trump-loving folks like Lindsey Graham, Madison Cawthorn, or Matt Gaetz? Ironically, I initially thought Matt Gaetz did have children, but then I realized - those were just some of his dates. 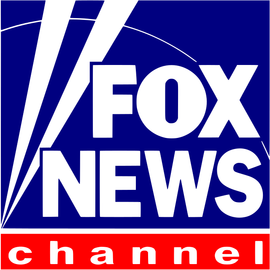 What about an amendment that says one can not be in congress unless one has children?

These idiots want to try something like this? How 'bout we say, "No Service, No Franchise" a la 'Starship Trooper'? How many of those chicken-hawks are veterans? I'll lay odds very few of them.
Now, I am by no means promoting this, tho I am a vet, but if these fools want to push idiocy like this, hey, let's go all the way & say you get a vote for each child you have. Makes about as much sense...

One step toward a white, land owning male only vote.

Wow, that would decimate the Rethug base quicker than the Delta Variant of Covid19..just think of all those old White grammies and pawpaws not being able to vote, they Don't have kids anymore,right? 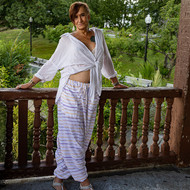 These people are nitwits.