Republican Wins Election Despite Being Jailed for Murdering Wife

Despite being jailed for murdering his wife by fatally striking her with a huge concrete flower pot and then throwing her body over a bridge, Indiana Republican Andrew Wilhoite has advanced as one of three Republican candidates in the race for a seat on the Clinton Township Board in the local primary election. Wilhoite’s wife, who had just completed her last chemotherapy treatment for breast cancer, was seeking a divorce after discovering her husband had been seeing another woman.

Well, well, well. I see we have another one of those “pro-life” Republicans here. Gosh, he seems really nice too. Gee, this is all so backasswards! I mean, Republicans are now going to jail even BEFORE they’re elected? Why, there are now so many Republicans either on trial or sitting in jail, that it’s almost getting to the point where the GOP may actually need to hold their 2024 convention in San Quentin. Of course, that’d also mean changing their MAGA team colors from red to orange - so there’s that.

Meanwhile, in response to all the negative publicity, candidate Wilhoite issued a press release from his jail cell - claiming “the mainstream media has taken the fact that I murdered my wife and threw her body over a bridge - completely out of context.” Apparently, conservatives have a rather different interpretation of the old marriage vow “till death do us part,” than most of us. That said, this is the first candidate I’ve ever heard about who is actually running on a “pro-murder” platform. Imagine, all this coming from a state that gave us such stellar political icons as Dan Quayle and Mike Pence.

Of course, MAGA parents aren’t total idiots (the actual percentage hasn’t yet been determined), and realize candidate Andrew Wilhoite does have his faults, but at least he’s promised to protect kids from being taught Critical Race Theory and from sharing bathrooms with transgender people. Let’s not forget, it’s all about “owning the libs,” after all. Now, I’m going to go way out on a limb here, and guess this Wilhoite fella is not really a strong supporter of women's reproductive rights either. Ya think?

Besides, in the mind of conservative Republicans, Andrew Wilhoite is a shining example of being “pro-family.” After all, he did prevent his wife from “divorcing him,” which would have broken up their family. On the other hand, word has it Madison Cawthorn is really excited this guy is now single. Now, the question is, can a Trump endorsement be far behind? I mean, talk about giving MAGAs hope! Why, if this guy could win elections from jail, Trump can win from prison too. 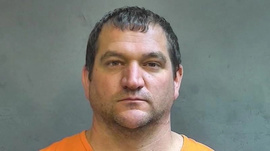 As long as you are Republican they forgive anything

It’s all on the spectrum of misogyny that the religious and the republican exhibit. They believe that women are evil, second class, disposable humans put on earth to serve men and bear children. If they ain’t doing that, then they should just die.

I’m beginning to think these voters are doing shit like this (voting for a murderer) for the shock value maybe?

That and anger. This is the ultimate way to "own a lib." It is also damned stupid as hell.