We rely on members to let us know when posts contain content that violiate the community guidelines. The most common reason that content gets flagged is that it contains dehumanizing or trolling/baiting text. Getting too many flagged posts will result in account termination.
Visit Group Join Group
4 11

US Rep. Marjorie Taylor Greene (R-Ga) went on Mike Lindell’s “Lindell TV” channel to describe how when she saw all those rioters in the Capitol Jan 6th, she thought “something is wrong here,” adding that “When it happened I thought this is Antifa, and no one can convince me that it was so-called Trump supporters.” Greene then implied that after Republicans gain control of Congress in November, they will begin an investigation of the January 6th Committee members themselves.

I’ll tell you what, Marjorie Taylor Greene and Lindell TV - now there’s two names you can trust! That said, I think Rep. Greene may actually be onto something here, because nothing makes more sense than Democrats using Antifa to try to stop the certification of an election they won. So, they mobilized Antifa to attack the Capitol, in an effort to stop Biden and ensure Donald Trump would remain president for the next four years.

Put another way, “Let’s riot, because we’re mad as hell that our candidate won the election.” I’ll tell ya, nothing makes more sense than that, especially if you’re a regular meth user. Now, does that mean I believe all Trump supporters are meth users? Of course not! Why, that would leave out a whole, entire category of Trump MAGA cultists - the half-wits!

But never mind all that, because Greene tells us she just had a “feeling” those rioters were Antifa. Which sounds a bit strange, coming from a right-wing extremist who loves nothing more than ridiculing “libtards” for being tuned into their “feelings.” Meanwhile, Greene claims no one can “convince” her the rioters were Trump supporters. Well, the thing is, we don’t really need to “convince” her - we need to “convict” her.

Anyway, I am a bit confused, because Greene herself made numerous trips to the jail to visit those very same seditionists she now claims were Antifa, and always left claiming they were political prisoners held by the “Democrat Party Gazpacho,” and should be released immediately. I guess I must’ve missed the part where all of them have subsequently denounced Donald Trump - and confessed to being Antifa agents.

Now, what I don’t quite understand is, since Marjorie Taylor Greene was one of the first folks to ask Trump White House Chief-of-Staff Mark Meadows for a Presidential pardon after the Jan 6th insurrection, why in the world would she ever need a pardon if the rioters were actually Antifa? Hey, wait a minute! You don’t think Marjorie Taylor Greene could actually be…Antifa?

A light hearted take on the narrative. 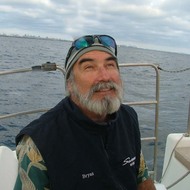 A perspective from further out on the fringe.
[mileswmathis.com]

'I also encourage you to study the film of the shooting. Everyone is looking at the wrong things, as
usual. What you should notice at minute 2:00 is the four heavily armed security officers in black
behind her, carrying automatic rifles. They are helmeted, backpacked, with shoulder patches and
POLICE across the chest. They are already there when the shot is fired that allegedly drops Babbitt,
being right behind her. They wait a couple of seconds after the shot is fired then mimic some theatrics,
raising their rifles in military stance, as if they are protecting the crowd from fire from beyond the
barrier. This is a problem because these guys are either real police or they aren't. Some are claiming
they are rioters dressed as police, but the Capitol guards would never let people like that in. Even the
mainstream isn't claiming rioters in full riot gear with automatic weapons drawn were in the Capitol
that day, dressed as police. Which means that in this film allowed to be released by the government,
we are supposed to think these four people are Capitol police of some sort. But if four police officers
with weapons drawn are already standing right behind Babbitt, why would an officer on the other side
of the barrier feel threatened by an unarmed Babbitt? And here's a second question for you: if these
police officers are not real police officers, but are rioters pretending to be, they would have to be there
to protect fellow rioters, right? Why else have weapons drawn? So why do they do nothing when
fellow rioter Babbitt is shot right in front of them? The barrier is mostly glass or Plexi, so they can see
right through it. So how is it no one of them returns fire on the assailant. They just stand there
stupidly.'

Apparently she is vying for the title of dumbest congresswoman on the repub side.

And it's a highly competitive race to be in!

@Lauren So true, between Green, Boebert, Gomert, and a host of other moronic repubs in the house I’m not sure who should take the prize for most ignorant congressperson!!

No one can convince her to be a kind, caring human being, or find her a brain, either, so there's that........