Oh my I guess I am too late.... Our resident Redneck seems to have blocked me before I had the opportunity to tell him that I was sure the only pussy he had even seen was the family cat.... 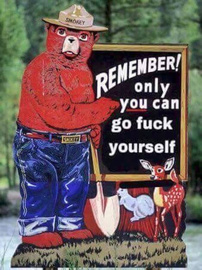 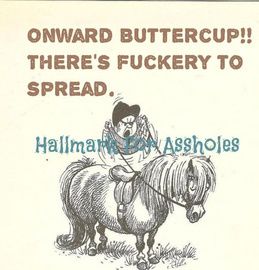 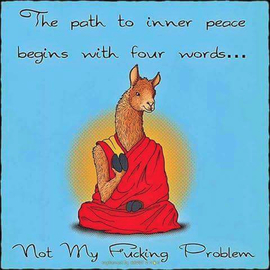 I think he is gone (can't find anything exciting other than laughable memes). I'm a little behind on the show, but I might had seen a dumb post that everyone went on the member who posted.
I guess i missed the progress of that post.... 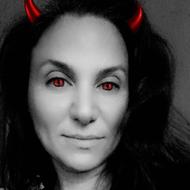 >I think he is gone

Anything that can go wrong, will;

>I guess i missed the progress of that post

Lucky you. Until #3 strikes.

I've been blocked a few times. It's funny how they can be so sensitive to facts, logic and maybe a little sarcasm thrown in.

Or just any one of those three things by itself....

I just aggravate them until they block me.... More fun that way...

He is not worth my time to respond to his crap. He is an idiot not worth your time either, but you got to have fun with him. When someone cannot be logical or hold an intelligent conversation, they scream, insult and block the other.

Adding aggravation to the lives of idiots is one of my favorite hobbies...

I haven't checked yet but it's highly possible he has blocked me as well. Just before he said he wasn't going to argue with me any more, I gave him a proper send off.

No one else was responding to his posts except a couple of people who told us to ignore him.

Prior to that, he'd said he was thinking about leaving Agnostic.Com. Nobody stepped forward and encouraged him to stay.

Among his last words to me, I was "sucking satan's dick" and was "fucking stupid." I reminded him Satan is a proper noun and should start with an upper case letter. Once he claimed he knew when to use the shift key, I kept pointing out his random use of the shift key. Additionally, I reminded him that Satan is imaginary, especially to 99% of the people who use this web site. Therefore I told him he's imagining dick sucking for an imaginary person.

I should have told I had been fucking stupid but we broke up.

I know he can see it because I didn't block him and am hoping someone lets him know I am still laughing at him...

@Lizard_of_Ahaz if he blocked you, he doesn't see it

@Cutiebeauty Actually he can but I can't see him is all.... Just the way this funky site works I have had people who blocked me actually like posts afterwards...

@Lizard_of_Ahaz I have blocked a member and I can't see what she writes. I don't even know if she is still active.

Posted by glennlabI kind of like my new pet, you should get one.

Posted by bookofmoronspretty much sums it up