We rely on members to let us know when posts contain content that violiate the community guidelines. The most common reason that content gets flagged is that it contains dehumanizing or trolling/baiting text. Getting too many flagged posts will result in account termination.
Visit Group Join Group
3 2

Will you know your sin of feeling like you're winning when you're actually loosing again?

Good luck with that. May your favorite capitalist war hawk criminal win. 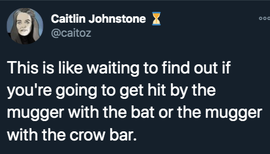 To me this is childish thinking, ignoring the reality of the situation. Fact is, we live in a system that will always be two parties. A government without proportional representation will always default to two parties. The problem is that while the Republicans remain in lock-step at the ballot box (save for the very, very tiny group of Republican never-Trumpers) the Democrats are fracturing into a group of realists, and a group of idealists. If the candidate veers too far left, we lose the moderates, if the candidate is near the center we lose the far left to a wasted, protest 3rd party vote. The electorate is shifting right in this country and around the globe. The reasons for this are irrelevant. The reality is that as the electorate shifts, so too must the candidates if they want a shot at winning. The may have been an outside shot that with all the new voters, AND a party that could stick together on election day, they could have elected a progressive, but that's just not the reality of the Democratic party. They seem to care more about their ideals than power. Thus, Biden is the result of Democrats not uniting more than it is anything else.

"Laugh about it, shout about it, when you've got to choose. Every way you look at it, you lose"- Mrs. Robinson by Paul Simon. How fucking timeless.....

And much of the rest of the world has a slightly similar feeling. We can't expect much good to come out of it. The nation has been well brainwashed. 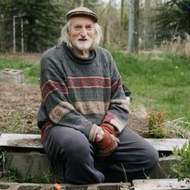