In support of US propaganda the Russian government backed news service RT promulgates more false news about American aggression.
As everyone knows the B52 is a figment of US jingoism created by amazing writers like @Evidentialist at the behest of other bullying Americans.

How do you like this for coverage on the same issue?

Excellent analysis of what is the undoubted behaviour of a desperate despot. In a way it is a pity that the Iranians didn't blow the B52s out of the sky.
Israel & US behaviour is criminal.

The RT link isn't working. However, it wouldn't surprise me if you're suggesting that RT is beginning to fall in line with our MSCM narratives. The news shows I watch on RT has been slowly diverting more towards conservative views than I once had already cautioned in the past.

For example, the Rick Sanchez show has recently been virtually erased from existence replaced by a new moniker, In Question. While it still is quite better than any MSCM TV show I highly expect to start seeing changes. Rick Sanchez host it now every other week while trading off with others since about the time this virus hit. Which I imagine was initially due to his travel between his home in Florida to DC each week where the show is broadcast from.

On another note about his previous show, I noticed the absence of Michele Greenstein even before the changes. Who did a vast amount of his investigative journalism in and outside of the US. You might remember some of her work I posted here at protest and from Hong Kong on the manufacture protest she covered there. I traded a couple of messages with her over this via facebook in which she informed me she left due to RT management changes that were moving the affiliate in DC towards a conservative nature.

I seen this nature already within the Larry King show. During his growing illness his replacement Dennis Miller then got his own show. Rick Sanchez began pumping King into his air time a lot when he stabilized and came back. Another persona Sanchez used as a conservative commentator for his show, Steve Malzberg, now has his own show, (Eat The Press), hardly ever a real sense of confronting establishment narratives. He's a smug sarcastic figure that attempts to hide his conservative bias behind a false claim of dissenting from MSCM. Which he use to be a prominent figure on their shows for commentary.

I still view RT TV America as a better source of information as far as most programs go. But I suggest one must now be more cautious towards that and the web site news apparatus when it comes to reliability.

I've often stated on occasion here that I have serious questions to what role Russia plays in the world scheme of the power structure, capitalism. They are after all another capitalist structured country now. And their spoken agenda and interferences within opposition to westernized empire building don't always seem to be a legitimate deterrence.

@FrayedBear at glance it looks like any other story out of our MSCM. It provides no indication of a writer or source. Only providing a conditioning type of information relavant to our media in regards to that we have something more to fear.

I really don't know what you are saying. 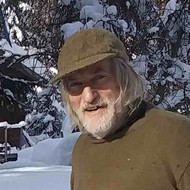