Fossilized snake in Amber over 99 million years old. There goes the Garden of Eden myth:
[yahoo.com]

The Sumerian texts don't tell the Garden of Eden snake story the way the Bible told it 2000 years later. The "Serpent" was the top Sumerian genetic engineer, and the name meant "wisdom."

The Serpent felt sorry for the all-male gold mine slaves he'd already genetically engineered, using alien Sumerian DNA mixed with that of human apes..they couldn't understand they were enslaved.

So he and another Sumerian geneticist secretly engineered a female human, who would be smart enough to know this. Their first female was too savage..too much Royal Draco DNA, so they made Eve, and the second try was better.

I eagerly await the suggestion (not here) that the good lord leaves things for us to find in amber to test our faith ?

But was it a talking snake or just a prototype for the one in the Garden??

But was it a talking snake or just a prototype for the one in the Garden??

When Enoch lived for 896 years then anything is possible!

About time that rediculous story was exploded with some solid evidence. 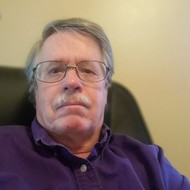 You can include a link to this post in your posts and comments by including the text q:135603
Agnostic does not evaluate or guarantee the accuracy of any content. Read full disclaimer.