Does pseudoscience drive you crazy?

A friend of mine is actually trying to use homeopathic medicine on her kids for a cold. I've discussed it with her but now (4 days later) the kids are better and she is convinced it was the medicine that worked and not TIME!

Makes me wanna scream and drink.

I watched a two hour Youtube video on a course about remote viewing that a relative of mine linked to me. I try to respect his views but he knows where I stand on that stuff. He's a witch and does all the witchy stuff, books, astral projection, terot cards, mirrors, wiji board, etc. I used to believe in some of that stuff when I was a teen but quickly grew out of it. I still prefer his beliefs to many of the traditional religions. Mainly because I don't know too many witches constantly trying to cram their religion down other people's throats. Homeopathic medicine erks me but not as much as people that wait around for God to heal them or their kids. While they suffer the whole time no less. I basically want to scream though on a daily basis. With what is taking place in this country right now and especially the religious saturation of our government, I just shake my head. It bothers me to the point where I wish I knew of a habitable world out there and a way to reach it. I'm forever posting on facebook that if anyone knows of any extraterrestrials visiting earth to please ask them if I can hitch a rid off this planet.

Homeopathic medicine is BS if you ask me. Dilute shit beyond the atomic level and say it has magic powers. Snake oil sales men. Crazy crap out there, check out Dr. Clark's 'Zapper'.

If homeopathy works then I am going to save a whole lot of money by drinking homeopathic beer. Just buy one beer and keep diluting it to make it stronger! The same goes for wine, vodka, washing up liquid... the list goes on. Something tells me the brewing industry (etc) has nothing to worry about.

Make sure you scream then drink......do it the other way and you are drunk and disorderly......from what I have heard.

Ultra micro doses of whatever is employed over placebo ? Sing for Julie Andrews JUST A SPOONFUL OF SUGAR MAKE FAUX MEDICINE GO DOWN in the most ineffective way

Homeopathic "medicine" is just water....it is an easy answer. It's garbage. Find a peer reviewed study to prove me wrong and I'll change my mind. People die from shit "science" like this. I knew a few that thought they could cure asthma with homeopathic "medicine" they're dead because it's shit

Let it go-can't change her mind.

Yes, yes it does. As does bro-science, if anyone knows what that is! lol

@SkepChik It's a gym thing, oh the big guy said it so it MUST be true... LOL

For something as minor as a cold, it's harmless at least (provided the parent doesn't now become a full-on woo-woo homeopathy believer and insist the children are only treated with homeopathic "medicine" if they develop anything serious). It may even have had a beneficial placebo effect: the children are given "medicine" which they believe will make them feel better and start to feel better as a result of that belief. I myself experienced that with a homeopathic product I used for bad hayfever as a child - it worked very well indeed until the day I decided to find out what homeopathy actually was, got a book out from the library, came to the conclusion that it's a load of utter tripe and the homeopathic product immediately stopped working for me.

About 4 years ago I had 3 pharma students (one of them was my cousin), from Europe stay at my place for about a week after they had finished their summer long work travel program in savanna GA. While here they also met one of my friends who was doing his residency program to become a pharmacist. We all went out for coffee and during conversation I kind of told them about my dad and his homeopathic beliefs in a joking disregarding way. One of the girls from the group told me to let my dad be and went on to explain to me the difference between a lab made medicine and SOME homeopathic medicines. She went on to say that in essence an herb or a special twig that my dad puts in his tea might have the same/similar chemical component as medicine made in the lab, but at a much lower dosage (10/1000).

I still roll my eyes when my dad tells me to make myself one of his teas. 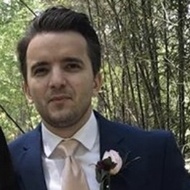 When I had bad side effects from meds, my medical doctor switched me to homeopathic meds. They worked without any side effects. She was trained as a western doctor and had eastern training as well. Anywho, western meds kill a hell of a lot of people. Something, I think, we need to look at more deeply (Western and Eastern medicine). I don't think there are easy answers quite yet.

Granny Clampet had a cure for the common cold that came from her still. Just drink that, stay in bed, and after a few days, the cold was cured! Therefore, that must have been the thing that cured the cold.

I guess I should explain for the youngsters in the group...Granny Clampet was a character on a 1960s TV show called "The Beverly Hillbillies". If you need more info, I'll leave it to you to look up the details.

A couple of classics, for sure. The BHs were in the same realm as Petticoat Junction and Green Acres.

Yes, yes, a thousand times yes. When I was at work in the ED, a parent whose child had a viral upper respiratory infection showed me the homeopathic medicine he was treating the kid with. I flat out told him it was worthless. Luckily, he wasn't a nut job and didn't try to argue the point.

Takes 10 days for the rhino virus to incubate like 7 days on average to run its course sometimes symptoms are repressed depending on your DNA so 1 day to convince the kids the medicine is working that seems about right for the placebo effect.

You can include a link to this post in your posts and comments by including the text q:13991
Agnostic does not evaluate or guarantee the accuracy of any content. Read full disclaimer.