It’s amazing how people think highly of McCain now that he’s dead. Death doesn’t make you a good person. His only consistencies during his 30 years in the Senate were cutting taxes for the rich, fighting against abortion rights, putting creationism in schools and going to war everywhere.

He said some unkind words to Trump, but he also supported Trump when it was politically beneficial. Hell, barely a week from brain surgery he flew into to the senate to vote against Americans receiving healthcare. McCain wasn’t a good guy living, and death doesn’t change that.

I've been seeing a lot of this "how dare you" bullshit on FB. The guy was a FLAKE!!!! A spinless lily livered NINCOMPOOP firing on ONE CYLINDER ON A GOOD DAY!

I'm sick of the dead being off limits crap when it comes to questionable people. Do we take Hitler off the "oooh do not speak ill of the dead" or any other person, pedo, whatever, simply by virtue of their being DEAD? NO. That's REVISIONIST.
It's not like we're talking about Fred Rogers here, or Walter fucking Cronkite

The man was an honorable, genuine war hero who stood by his fellow POW's, and held up under extreme torture, for 5 years! His political stances are Opinions, same as you & me! If you cannot differentiate a truly Good human being from that orange draft-dodger we are stuck with, I feel very sorry for you!

Surviving as a POW makes someone a decent human being? So everyone in GITMO and CIA black sites must be saints.

@Marz No sir. But he permitted other to be released prior to himself as they were more fragile. He also was not a grudge holder nor one who pursued vengence, He was courted by the Democrats as a possible flip. Although I agree with few of his policies, he does have redeeming qualities. The Conservatives are not our enemies. The fascists are.

@Countrywoman well said...he was the son of prominent parents who could have got released very quickly, but abided by the protocol that "last in, last out"......prisoner release policy.

@AnneWimsey And he was capable to publicly admit his mistakes such as admitting not opposing the flying of the Stars 'n Bars over S. Carolina was a mistake. None of us are free of errors in our decisions. He also worked with John Kerry, another war veteran, to normalize relations with Vietnam. We do need the loyal opposition to address the despot we currently have in the White House. He stood against Trump.

Anne, he fucked around on his 1st wife, trading her in for a shiny new model after she had the audacity to be critically injured in a car accident, was complicit in the S&L scandal, and was all over the place while in office and his loyalties blew with the wind.

"Unfortunately, the story didn’t end there. Late last year, McCain locked arms with his fellow Republicans and voted to scrap the individual mandate as part of the Republican tax bill—a move the Congressional Budget Office predicted would leave millions of Americans uninsured. This is precisely what skinny repeal would have done too—which, again, is why McCain supposedly opposed it.

"The senator justified his flip-flop by calling the individual mandate “an onerous tax that especially harms those from low-income brackets”—which of course did little to explain why he opposed killing it before."

"In the end, there may not be much of point in trying to explain McCain’s actions on health care. Maybe they were the product of confusion. Maybe they resulted from a change of heart about the value of insurance mandates. Maybe he just wanted to pull one more surprising stunt before going back to being a good soldier for the Republican Part,y or thought tax cuts were more important than health policy. " 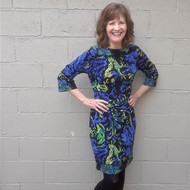 Ted Kennedy got up on the floor with the same disease and voted FOR healthcare.
He was no saint either and doesn't deserve to be deified, but FFS no one came to his defense in death.

Um ... McCain's was the deciding vote AGAINST repealing "ObamaCare".

As I posted elsewhere, I found him, in my own interactions with him, to be an asshole, intellectually dishonest, and for sale to the highest bidder like all the rest. He also abandoned his first wife in a way that even he acknowledged was morally reprehensible.

But people are complicated. McCain could be those things, and still genuinely heroic and principled at other times. And he'd be far better for this country (in some ways) and far lass bad (in other ways) than Trump.

We live in a world where McCain comes out smelling like a rose despite starting out reckless, irresponsible, feckless, and a mediocre student ... compared to the alternatives ... by simpling getting a few things right.

He was a veteran that spent 5 1/2 years in a POW camp he gave up his freedom for other guys to go home. He is nothing less than a HERO.

Nah, he did not gave up his freedom, it was taken away from him when his plane went down. He was a fighter pilot in the Vietnam Conflict, not even a Declared War! He was a traspasser! And he got caught... can't say if he ever did direct harm to civilians in Vietnam, but as a former Navy Veteran I am sure he Supported and Aided Harm to Civilian Population in Vietnam. He was as much of a "hero" as davy crocket in the Alamo. I respected him for enduring his POW time but he Volunteered!!!! He milked it and made it a career as a republiKKKan politician.

He spent 30 years in the senate, and people have to reach 50 years back to find anything decent about him. How telling.

@Marz Think you might take a look at this what the media say and facts sometimes are not the same. [history.com]

Them facts, right? He was the vote that pushed the bill forward only to make a public display with a thumbs down vote. The bill was a skinny repeal. Then McCain voted to repeal the mandate which is exactly what the skinny repeal did. What a hero.

He did a whole lot of talking about doing the right thing and actually doing the opposite.

"McCain’s political legacy should be largely that of someone who frequently and loudly toyed with doing the right thing and yet decided to do the other thing almost every single time, and who was a willing and active participant in the destruction of one country and helping the racist, authoritarian right rise in his own. What John McCain’s legacy will be, however, is the one crafted by the reporters and peers who loved him, who bought hook, line, and sinker that McCain was a different kind of politician, and not the fraud he actually was."

You can include a link to this post in your posts and comments by including the text q:164895
Agnostic does not evaluate or guarantee the accuracy of any content. Read full disclaimer.