"Just a reminder that behind each day's controversies, the biggest story is constantly playing out."

"A multitude of new climate studies has painted a picture of the numerous factors that are simultaneously leading to rising sea levels, which could increase by more than 10 feet by the end of the century.

Scientists at University of California, Irvine found significant acceleration in the melting of ice across Antarctica, compared with how fast the ice was melting in the 1980s.

On social media, author and 350.org co-founder Bill McKibben was among those who issued a reminder that despite daily news regarding the Trump administration, the climate crisis remains "the biggest story" affecting the entire planet.

The report, led by glaciologist Eric Rignot and published in the Proceedings of the National Academy of Sciences, revealed that the southernmost continent has lost 278 billion tons of ice per year since 2009—an enormous change from the 1980s, when about 44 billion tons of ice there melted annually.

Compared to just last year, the Antarctic ice is melting 15 percent faster, with East Antarctica—previously found to be relatively stable from year to year—now losing 56 billion tons of ice per year. Rignot told CNN that he had not expected ice in the eastern part of the continent to be melting at such an alarming rate.

"This region is probably more sensitive to climate [change] than has traditionally been assumed, and that's important to know, because it holds even more ice than West Antarctica and the Antarctic Peninsula together," Rignot said in a statement.

Rignot examined 176 basins across the continent where ice drains into the ocean, and found that warm, salty water near the edge of the ice mass is "vigorously [melting] the ice shelves."

The newly accelerated melting of East Antarctica alone is expected to increase the risk of "multi-meter sea level rise from Antarctica in the coming centuries," Rignot added.

Meanwhile, a separate study published in Science last week showed that the planet's oceans are warming about 40 percent faster than scientists indicated in 2013 in the U.N. Intergovernmental Panel on Climate Change report.

The oceans have absorbed about 90 percent of the energy created by fossil fuel extraction over the last century, keeping the planet's land from warming more than it already has.

But with the rate of warming accelerating rapidly just in the past few years, and 2018 expected to be the warmest year yet for oceans, humans can expect to see increasingly destructive hurricanes; the ruination of ecosystems, affecting food security for people in many parts of the world; and rising sea levels.

The new studies offer "further proof that climate science—and knowledge about the risks we face in the future—are getting better, more accurate, and more sophisticated." 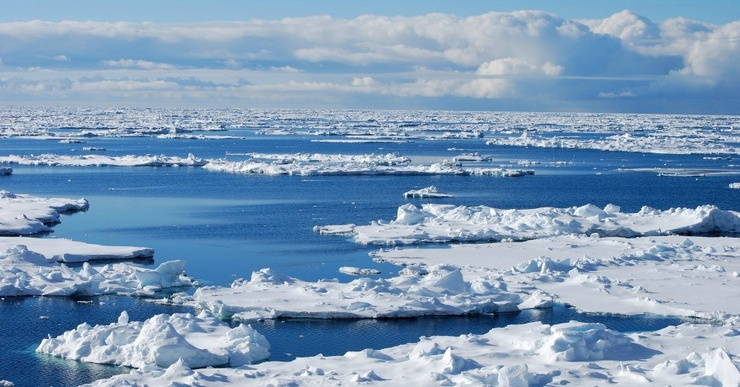 Our children's children may be screwed.

I think it's a certainty. Most dems are no better than the repubs on this issue.

You can include a link to this post in your posts and comments by including the text q:267987
Agnostic does not evaluate or guarantee the accuracy of any content. Read full disclaimer.