No white men involved, so no coverage, and no thoughts and prayers: Nigeria: Muslims kill 120 Christians
[jihadwatch.org]

more than 32 thousand attacks by muslims since 9-11. Most not against whities.

32 thousand!!! and we are getting all stupid about a few whities.

For anyone that doesn't want to click on the link to the shithole extremist site that is jihadwatch ( [mediabiasfactcheck.com] ), here is the source article used by it and other media sources reporting on the issue without the narrative of the Christian supremacists.

"At least 120 people have died since 9 February in a series of attacks by Fulani militia on communities in the Adara chiefdom of southern Kaduna. The violence comes in the wake of a statement by the Kaduna state governor on the eve of Nigeria’s presidential elections in February regarding an alleged massacre of Fulani villagers in the area."

It is interesting that only after terrorist attack in Christchurch some people are suddenly interested in the on-going deadly political struggle in the Adara chiefdom of southern Kaduna, Nigeria. 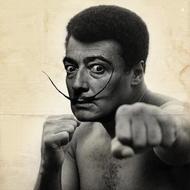 That the article appears on a suspect site does not equate with lies. This happened. Are you denying it happened? If not, what is the point of your post?

@Jacar Obviously, to give an alternate source, the primary source, for the 120 killings that isn't an extreme crackpot site.

Only white Christian lives matters when killed by muslims, then it's terrorism. If by someone of Hispanic descent then it matters and we must close the borders. If they are killed by white nationalists, it is because the culprits were disturbed individuals. So say our president.

The barbary wars were about north african muslim pirates looting ships, taking slaves, and demanding ransom.
Jefferson asked one of the ambassadors why they thought they could do this. "Our god gives us the right."
Jefferson sent a bunch of dudes to kick ass, repeatedly.

It isn't covered because it was black people from a "shit" country and only black people got killed. It should be covered, no mater who or where when such a large number of people get killed or injured. Nigeria is a country that has been teetering on the verge of a civil war for many years. And most of the violence there is directly linked to conflict between the two major religions (which both war each other, and unite to kill those citizens of their country who still practice nativism).

remember Biafra? and it wasn't even religious. It's largely due to the totally arbitrary national boundaries drawn by departing colonial powers, and the constant supply of arms from the west, and now China.

@Allamanda Biafra was a very sad case, a group of pro Western ideology mixed with socialism, pro democracy, pro education got in charge of a small enclave and were beaten down by those around them with the help of the Western powers.

Good point: mass killing of black people rarely makes the news. The only reason we’ve seen this story is anti-Muslim rants trying to justify the murder of 50 Muslims in NZ. Their logic is insane: because some people of one religion killed people of another, then its OK to kill random people of the first religion 5000 miles away. This is the logic of ISIL: 400 years ago European christians invaded the middle east and killed thousands of Muslims. So it’s justified today to kill christians anywhere. Just another example of the insanity of religion.

I had to give permission for your post. This is disturbing. Citing reality should not require approval.

@Jacar it's because he's at level 3. I think the permission stops after level 5.

I read about this.

But/ But! It wasn't covered!

Is the but but not obvious???

The number of people who die in the name of religion..

What happened to the story about the Nigerians. It seems to have disappeared.

Are you offering to join them so they can get more news coverage?

The news media, with the exception of the BBC and NPR, do a dismal job of covering all world news. The American public is notoriously ignorant about world affairs. Unfortunately, they prefer to remain that way. Facts and context is an anathema to most Americans. I personally feel its worse among Republicans, but they don't own it alone.

You can include a link to this post in your posts and comments by including the text q:313361
Agnostic does not evaluate or guarantee the accuracy of any content. Read full disclaimer.