With Trump, there are no coincidences; its all planned well in advance. That is especially true with the oil tankers incidents:

At the very moment of the Japanese tankers were being attacked; Japanese foreign minister was in Iran discussing peace talks with the leader of Iran.

Iranians were rescuing crew members off those ships.

Iran has not been attacking oil tankers for decades in the Gulf. Why start now it makes no sense.

Trump has been going after Iran for over 2 years since HE DECIDED to pull out of the agreement involving Iran including the UK, France and other strong western countries. None of those countries followed his decisions and he had spoken of his anger and resentment ever since.

This is how trump operates; trying to destroy people and countries that disagree with him. He is a vindictive, power hungry, egotistical, vain and dangerous person trying to start a war. Any war and place serving as a distraction to the investigation of his many felonies and traitorous crimes.

He has no problems using our children as Cannon Fodder to protect his weasley corrupt self. 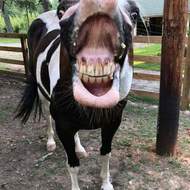 The fact now that Pompeo says differently and we know for some time America has been beating the drum against Iran shows me that none of this looks good. I do not believe anything this administration has to say and they do not have our best interests in mind.

I don't know about that. Trump isn't very good at "planning" anything. But someone is interested in stirring up tensions between Iran and the U.S.!

And you believe that?

@Katsarecool Id be very leary about anything coming from CNN

@Antidronefreeman making stupid allegations eh? Political research, facts and opinions can in no way be associated with believing in any myths and sky gods. I've been an atheist for 55 + years.

The Iranians did some rescuing in this situation and they are the first to say it all appears strange and mysterious to them. Also the "oil and gas" onboard was methanol and naptha. Beyond this my immediate notice was the news on TV saying already that the price at the pump is going up.

I heard that too. And just what heads of oil companies are buddies with trump? Rex Tillerson to name one.

I'd believe the leaders of Iran over trump always!

@Antidronefreeman, @gater WTF are you talking about?

You can include a link to this post in your posts and comments by including the text q:360291
Agnostic does not evaluate or guarantee the accuracy of any content. Read full disclaimer.