Its just not OK. That should be enough to stop it. They're only children - torn away from mothers and fathers, put in cages, kept from basic needs, cold, dirty, hungry, sleep deprived, ill, distressed emotionally & physically. It's not ok - but continues. I've written, called, signed petitions, cried & am nearly crazy with sorrow, frustration, futility. You are intelligent, creative members here. Can we together come up with an action(s) to take that will stop this horror?

Thanks for all the responses. It does appear more attention & energy is focused on this travesty currently. However, I feel the need to warn against deflection. A commonly used strategy to dilute or negate responsibility. The powerless children are still suffering. Thats all you need to know.

It is interesting how often I see people here in the USA take up this cause, but seem to be completely ignorant of what is happening to the children in Gaza and Yemen, and many other countries the US has and is destroying.

Something has begun to happen. Whether it's because of the press, those Congress members (bi-partisan) that toured and went to the media, or something else, they've started moving children. To where and under what conditions remains to be seen.
300 migrant children moved
[theguardian.com]

Our concentration camp at the border is a horror. I'm not sure what can be done. Trump blames the Dems because they did not give him all the money he wanted. McConnell will not allow the Senate to take any action if the proposed solution appears to go against Trump. Men with power and no empathy have created this terrible situation.

Progressives had many chances.. ..but it was too tempting to poke the ugly R’s in the eye over this festering illegal imigration issue than do anything tangible or lasting about it. As is, both far-right and moderates gravitated to trump’s tuff talk on illegal (even legal) immigration..

And before anyone tosses out ‘Obama’s record on deportation,’ he also granted what amounted to an executive amnesty for many that should have been deported shortly after arrival. Boy bush was no better, as they continue to represent exploitable wage reducing near-slave labor to the Republican elite.

It’s a mess, but if the far-left clings to this as an election issue, trump will do well..

I am always surprised by how many people see this as some political gamesmanship: that is, how one party can grab more power on what issues and how. The desire to be the armchair quarterback really must help in distancing oneself from the mass misery. Yes, it is easier to see this as "an election issue" than what it actually is: a clear evidence of our collective culpability.

"Remind yourself that you’re just two people having a cocktail at the same D.C. party and that politics is a game to you."

@AtheistReader Even now, this nation runs on politics. The world’s political. As a collective, we’ve had - and missed many an opportunity to avoid this situation … as the can was kicked down the road….

I give those backing trump credit for acting, they’re the first I’ve noticed. And here again, many ‘Independent voters’ do too. Life, war, invasion and deportation can be ugly, but what’s happening now is the result of nothing substantial or sustained having happened previously.

Many Illegals were granted amnesty by Reagan, then allowed to haul up 8 family members in with them. Millions followed, because the previous had been rewarded. Most were ignored, so more followed.. Many have received free health care, food, housing and education, then offered amnesty.

Before you cry an ocean over the exaggerated claims and known risks taken by those finally answering for the illegal penetration of a sovereign nation … smile for all those having gained entry and taken more than they deserved, for decades..

You use the terms like "illegal penetration, "sovereign nation," and more importantly "deserve" as if you understand them.

This nation "runs on politics" because people like you give it legitimacy, because, let's face it, you benefit from it. You feel protected in your understanding of what you, and others, "deserve."

I will stick to the onions advice.

"Consider that we all have different perspectives stemming from things like age, ethnicity, or level of racism."

So along comes a narcissistic conman with his finger to the wind. Cuts right through the massive pack of R’s looking to take on/out HRC. ‘This issue’ sets him apart - and remains ‘a winner’ … because most Americans knew something serious needed done - and he’s actually doing it.

@AtheistReader ...and how quickly it goes personal

-- if ya can’t defend the facts or support the issue ..make false claims of the messenger. And if ya can’t do better than that, you’d best stick to ‘reading.’ Cuz this Atheist is actually capable of speaking up ~

We need a march. One as big as the Women’s March. Followed or in conjunction with a rock concert. We need an organizer who knows people who would back something like this. I’d be there with bells on. 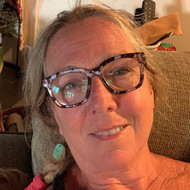 @GreenAtheist A defeatist remark. You are already giving up and giving in. A huge publicized march on One of these places will speak volumes as long as we do not remain silent.

@Namaste Boycotted Divested Sanctioned S Africa was the defeat of white xian rule in Johannesburg....it is the zionist crocodile tears who only cares for victims of TrumpOLINI and brags like BILLARY for the murder of 50 thousand Libyan women and children with 117 USA sub launched cruise missiles 2011

@GreenAtheist don’t lower yourself to the levels of name calling. We are adults here, having a conversation not children in a schoolyard.

@Namaste "defeatist" nope that is not name calling ....adults who pay war taxes should pretend that is not zionism.....even the xians got the Hyde Amendment into law denying poor women birth control effectively forcing them to stay pregnant

@GreenAtheist I didn’t call you a defeatist. I said it was a defeatist remark. It’s like saying, because all this bad shit has happened, we might as well not fight it, rather sit back and wallow in the misery of it. I, personally, cannot do that. How? I march, I drive people to the polls, I talk about it, brainstorming to come up with new ideas. Maybe it’s because I’m a woman who has been fighting to be seen my entire life.

@Namaste I am all for marching for every good cause....my message was intended to shame newbie activists away from war criminals in both Republocrat rethuglican parties GO GREEN FOR WORLD PEACE AND ecojustice

You can include a link to this post in your posts and comments by including the text q:365107
Agnostic does not evaluate or guarantee the accuracy of any content. Read full disclaimer.