So-called experts tell us some artists, musicians and other well-known personalities are/were geniuses or at least extraordinary in their field. There are some of these mythologized people who were, in my opinion, outright frauds and their "genius" amounted to little more than hype.

Knowing I'm going to get lots of flack for this list, here are the "geniuses" I feel were frauds or at least much less talented than their myths would suggest: Pablo Picasso, The "artist" known as Prince, Bette Davis, Frank Sinatra (oh, boy, I can see the hackles rising on some necks already!), Jackson Pollock, Ronald Reagan, Mother Teresa, David Letterman, and Kathrine Hepburn of "The calla lilies are in bloom again, such a strange flower, suitable to any occasion..." fame

I’m not commenting on the others but “mother” teresa was a piece of shit who only cared about saving “souls” and not lives. so. 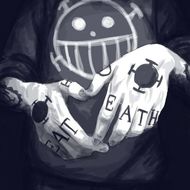 @Winkiedink54 it shocks me sometimes how few people understand this about her. i didn’t even know about the hypocrisy part, i just knew she built “sick houses” where she denied people pain medication or proper treatment. and people think she’s a hero

I agree, there's talent and then there's hype, the difference being that talent is subjective and hype is marketing. Some people with not much talent get over-hyped while some incredibly talented people get overlooked; then again there are some pretty good creatives who may not be geniuses, but their hype gets in the way. An artist who comes to mind for me is Basquiat. I like his work, but it's taken on an almost mythic quality since his untimely death, which I find off-putting.

I suspect you’re right on many

Something I’ve learned ..in life, are those often labeled ‘geniuses’ in one field, are severely lacking in others. I can think of ‘one’ who is now considered by experts to have had an incurable personality disorder; and though he was a brilliant composer, could not maintain a marriage, behave as a father, keep friends or remain stable in the ‘real world.’ He’s not alone, nor alive.

@Winkiedink54 ...don’t want to say.. I respect him, as did/ does the world I suppose. Not his fault, but the result of a condition few can beat

I think the term “genius” has been used a mite too freely. There are undoubtedly some people who can deservedly be labelled thus, but the real ones are few and far between. There are many of the above artists whom I think were very talented, but I wouldn’t describe any of them as geniuses. On the other hand I wouldn’t call any of them frauds unless they themselves had called themselves geniuses, I don’t believe they can be held responsible for the labels others may have attached to them.

Beauty is in the eye of the beholder...and so is art. I agree with you on most on the list with some exceptions. Picasso and Pollock are just awful but Frank Sinatra has an amazing voice.

..one thumb up, from an artist

can't agree with you on Sinatra. he had a very good voice & worked hard on phrasing when he started out. many have tried to imitate him but their imitations are pale, indeed.

Everything in the arts is subjective. I don't know what instrument you play but, Prince was a really talented player, singer, writer, and producer. If you don't like him that is fine, but to question his talent is just silly. I don't know if he was a genius, but that was one very talented son-of-bitch. I have never heard anyone call Sinatra a genius, but he could sell a song as well as anyone who ever sang a song. Some may have had better voices, but that is only a part of it. As a mater of fact, I have never heard any of the folks you mentioned called a genius by anyone, except maybe Picasso. If you don't care for them or what they do is fine. Whether you like it or not, they have left a mark in their field. I think we throw the term "genius" around a little to freely anyway.

Genius perhaps is thrown around too much. SuperStar, makes me gag as it way overly used. Beyond Star, what the hell is a superstar anyway??

The arts are based on perspective; one person's genius is another's fraud. Andy Warhol was a fraud to me, but I saw Picasso as a genius.

You can include a link to this post in your posts and comments by including the text q:404778
Agnostic does not evaluate or guarantee the accuracy of any content. Read full disclaimer.