Have any of you singles ever experienced being on a dating site and not getting any hits, most likely because of your religious beliefs? It certainly seems to narrow down the prospects.

I get a lot of hits, I list agnostic. Unfortunately, it is mostly scammers that have no idea what that is. Then the preced to tell me they are god fearing.

Ah, the men never read my bio that states that I'm an atheist. They see my pics. I'm done with dating for now.

I've chatted with 2 Ladies on here. Most live far away! I usually take people as they are. To each their own! 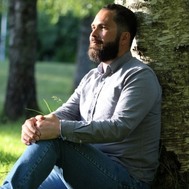 I did still receive lots of interest. A couple of guys didn’t register my religious status before messaging me and told me they figured we wouldn’t match because of it once they noticed. I did tend to respond quicker to guys that messaged me with a non-religious status.

Yes, I feel like it had an effect .. I tried Match (the dentist I worked for had met his now wife there so I figured I'd give it a shot) and identified as an atheist/agnostic.. There were quite a few guys who, at first seemed promising, but as soon as I got to the religion question, most were some type of christian .. and I realized many didn't seem to read the profile fully because they would message me and as soon as I brought it up, they fell back lol

I think most if not all dating sights are a scam based on money alone.

I’ve met a few great guys via dating sites as friends or more (dating one now). But there were scammers for sure and of course the apps were created to make the developer money but I don’t consider that a scam.

Nah I don't get hits cos of my face

I have been on match and click 'no' to anyone who labels themselves Catholic/Christian because I can't wrap my head around religion, so it works both ways. Eventually, I find the thoughtful ones that want a more meaningful existence and THEN it's down to compatability. Oy vay! Needle in a haystack!

I definitely agree there. I was a paying member of singleparentsmeet.com I got a lot of fake profiles, and the ones that were real most had deep religious convictions, and it never would have worked out. I go out to the bars and clubs, I don't drink or smoke but I just can't live like a hermit. I would be a good match for some of the women on here, but they all live to far away.

@jimmy1961 hang in there. This community is growing. I think the more community we engage in online, the more open we become in our real worlds, anyway.

Pretty sure I don’t get any hits because of my pics...?

lol don't rule yourself out, Doug...one day the right person will come along and scoop you up!

Not Really,Although I Have Not Been On Many Dating Sites.

No - I used to put spiritual for category, more responses than Jewish and met no one on Jewish web site Match/Our Time companies own they put me on.

I have only been divorced for two months, so I haven't tried any dating sites or posted myself as available for dating anywhere but here. But the theist/atheist ratio definitely works against us anywhere.

Thank goodness there are getting to be more independent cusses!

My son got rejected from E-Harmony, and he's pretty sure it was because he said he was an atheist. He's also one independent cuss, which I'm sure doesn't help.

I also got a little "bugger off" message when I did an E-harmony test stating "you have no matches". I took that as a complement, actually. I'm unmatched! Matchless! That's good, right?

LOL! BTW, at that point, I only did the questionnaire for research purposes as I was writing a story that involved a character going on dating sites...little did I know that one day I might actually be seriously considering such a thing for myself. Oh well.

How do you know it's your religion that's the issue? If they don't contact you, you can't tell. I also wouldn't assume it's looks. My big deterrant tends to be the distance between where we live.

It's difficult to say for certain, I usually don't list my beliefs in my profile. That's something people should discuss once they've at least met and chatted a bit.

People don't give me a lot of hits because I'm not Tom Cruise.

I, clearly, am Tom Cruise.

I don't get a ton of hits either.

This site is small. Most people filter by distance. It's gonna take a while to get enough population to have anyone near you, much less someone compatible, even at a surface level.

@Roadster actually for the reasons distance and compatibility in a small cross section of the population, I am here "for community" for now.

There are only a couple of members within 50 miles of me, and I haven't seen any activity from them.

JimG I think Roadster is spot on. Your appearance is very much Dudley DoRight, btw: square jaw, blonde, masculine...do you think that's unappealing to women? lol And, that's not to discount Roadster, who also has a very masculine, confident look. JimG, I came here open to dating but I got so carried away with community that dating online has been nudged aside. I'm learning so much, running into so many fascinating personalities, it's way beyond anything I expected. Anyway, Roadster's right, give it time for your geographic area to populate. You'll find you are desirable. Hang in there!

You can include a link to this post in your posts and comments by including the text q:52998
Agnostic does not evaluate or guarantee the accuracy of any content. Read full disclaimer.