To all you Bernie Bros who said Democrat party picked the wrong candidate. Who said there's no difference and we should use our vote for Howie Hawkins or some other candidate. Joe Biden was the best possible candidate. He is the only nominee that was going to beat Donald Trump. That's why Trump tried to invent a scandal a year ago, trying to extort Ukraine President Zelenzsky. Biden was the guy he was afraid of. 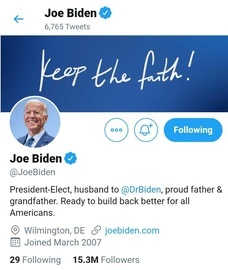 Talkin' to You, St.Sinner! And a few other "damn with faint praise" types

I think I blocked him. Annoying guy

Bernie Sanders represents my political interests. Joe Biden doesn't.
In a presidential election, all facts about every candidate should be known and discussed.
I don't think I have misrepresented any of the facts.
I'm as convinced as ever that settling, long term, for lesser evil voting undermines "government by the people."
I am as convinced as ever that the government of the United States has been drifting to the "right" for 40 years (facilitated by lesser evil voting among other things) and will continue to do so if we are not able to elect more progressive candidates.
Anybody who feels Bernie represents their interests better than Joe does, has every right to campaign as hard for their values as anybody else does.
Anybody who sees how destructive lesser evil voting is, has every right to campaign against it.

The election is done now. I'm as relieved as anyone that Trump lost.

Being human is complex. Dichotomous thinking is dangerous.
Nobody in their right mind would rather have more evil than less evil.
Less evil isn't good enough.
The work isn't over.
I will continue to campaign for progressive values and against the rightward drift afforded by limiting choices to "lesser evil" candidates.
It didn't deliver the contest to Trump as feared.
It did send a message to all concerned that not all American voters are willing to be complacent as their country drifts insidiously off the right side of the charts.

Good luck with that in Alabama. The armpit of America. Home of KKK. It was either Trump or Biden. If Bernie Sanders had been the nominee, you'd have four more years of Trump. I'm glad Biden was the candidate instead of Bernie and I'm glad he won.

@barjoe
Thanks.
My friends here are passionate Bernie supporters. Huntsville, home of NASA and Marshall Spaceflight Center, has one of the highest PhDs per capita in the nation.

We all have our opinions, but none of us know “what could have happened.” I know what did happen, and it is exactly what you and I and my friends wanted more than anything - Trump is out. Let’s be thankful, shall we?

I agree with the Progressives, but I share Joes patience.
Shit takes time. I was a little kid in Mississippi when I saw police dogs and firehoses turned on innocent people.
I lived in Alabama later where our governor was George C. Wallace.
Change takes time, but we need change now.
It’s called transition and it’s awkward.
It’s like demolishing a building.
You don’t go in with a bomb and level it, it has to collapse where it stands.
Republicans tried to bomb ACA.
It needs to transition into universal single payer healthcare it’s a question of human rights.

America is divided enough without rubbing this in the nose of "Bernie Bros". They are glad Trump is gone too. And they came out in great numbers to vote for Biden. "Bernie Bros" as you call them have a lot more to offer America than any Trump supporter has. This is a time to celebrate and not a time to create divisions in the Democratic Party. When the Democrats take the Senate you can lecture the "Bernie Bros". 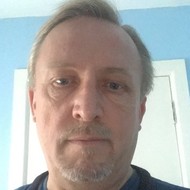 I'm speaking to a few choice people on this site who have been critical of Joe Biden. People saying he was going to lose and the democrats should've chosen a progressive wing candidate. Some of these pundits aren't even Americans. The only people I want to rub their noses in it are Trumpers. Biden won. No thanks to people on this site who spend more time criticizing Biden than criticizing Trump. One in particular. I doubt I'll hear from him.

@dermot235 I like Bernie Sanders. He would've lost. We do not have a parliamentary democracy here. It's a two party system. Lesser of two evils is the best it gets here. I don't think Biden is evil either. I'm sure the vast majority of Bernie supporters are happy as is Bernie. I used the term Bernie Bros, I won't do it again for now. This post was directed at three annoying people on this site. They won't post for a few days. Yes I did it out of spite. I'm a spiteful Gnostic.

@barjoe I don't think Biden was the lesser of 2 evils. I think he could be a great President. And I think he is a man of character. And after the last 4 years we all need to be reminded every day that character matters. And Biden will do that.

You're right, Joe. I hope the Bernie fans will join in to reconstruct what's been severely damaged and we can all just get ON with things!

Most of them have, I have a LOT of Bernie supporting friends, while not happy about Biden, most of them got behind Biden. Only a very few continued to agitate for replacing Biden. It was nothing like the mess in 2016.

Well said. Time to stop fighting within and start fighting for everyone.

You can include a link to this post in your posts and comments by including the text q:550549
Agnostic does not evaluate or guarantee the accuracy of any content. Read full disclaimer.