Bob Dylan is coming to town. Tickets worth it for old times' sake, or nah?

Is this really a question? Hell yes go.

I would go just to be face to face with a living Nobel Prize winner of Literature. And don't forget, he has a dynamite band behind him. 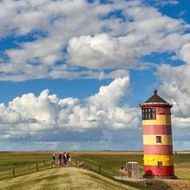 If you don't go, and he croaks, how will you feel?

Yes! I have seen him in concert 50+ times and on two continents. I love him. Must see...always.

I have seen Bob Dylan once a year (at least) since the 1990s and I can say this, his shows are always worth it. However, if you are looking for a greatest hits tour, save your money. Bob Dylan continues to put out new albums regularly (The last few have been recreations and covers of industry standards), he has won Grammy awards in recent times, and his shows are a mix of some of his classics, his music of the past decade, and these standards he has covered recently. Oh, I almost forgot, he will do a handful of oldies throughout, sometimes changing the arrangements, and he almost always does Watchtower as an encore.

Some people stay away from Doobie Brothers for their Geebush IS JUST ALL RIGHT WITH ME. ...if Dylan keeps his xian bullshit off stage I am sure his voice and instruments still work

Dylan hasn't engaged in that nonsense in decades

Sadly, the awesome late career surge Dylan went through from 1997-2012 with Love And Theft, Time Out Of Mind, Modern Times and Tempest appears to be over.

He's put out a couple of half hearted cover records since 2012 and from what I've heard his live shows have been equally as half hearted.

Perhaps age is catching up to him or perhaps he's just no longer inspired at the level he used to be, but this may be one you might want to skip.

You can goog bob dylan 2018 and listen to some...you could at least say you saw him. but like the above said...it's kinda difficult to understand what he's saying. if he came to my town i'd prob go if the tix weren't too expensive

What I've heard from people lately isn't good. Mumbling lyrics and just dragging everyone through the 2 hours until he and they can get the dark out of there. I hope it's not always like that.

Untrue. I've seen his shows regularly since the 1990s. What most people have issues with is two-fold: 1. He will not do his greatest hits for them and as they are not current fans, they don't recognize the music; and 2. Dylan's approach has always been to change the arrangements of his old hits when he does perform them (he once quipped that people don't spend money to hear an album played onstage) and again, people don't always recognize the music because he is playing it somewhat differently. I've never felt cheated on cost; I've never left a show early; and I've never come out of the venue feeling anything but satisfied.

@Cricket9 that's great to hear, but the guy I talked to was a long-time fan all his music he said that Dylan played most of it facing away from the crowd mumbling where you could barely hear any of his lyrics and nobody was happy there I think it was in Charlottesville. It could have been Roanoke

@CallMeDave I'll never begrudge a 77 year old man where he wants to stand on stage. As for mumbling, perhaps your "long-time fan" friend was a first time (or infrequent) concert attender. Because I've never had trouble knowing what he was singing; although those unfamiliar with his concerts frequently do.

@Cricket9 Just not possible that he had a real bad night, is it? Alright. Keep the faith I guess.

@CallMeDave Equally impossible you friend is a novice fan? Move along.

@Cricket9 Don't fucking tell me what to do, ever, you self-righteous egotistical moron. (-:

If you love Dylan and haven't seen him in years, then it's definitely worth it.

All Things Legal/Crime and Punishment
107 members

You can include a link to this post in your posts and comments by including the text q:89974
Agnostic does not evaluate or guarantee the accuracy of any content. Read full disclaimer.