Mueller must act quickly to prevent the establishment of an authoritarian government in America:

"The Mueller Investigation: Timing is everything; we may have arrived at a pivotal time in U.S. history.

Yes this could be a pivotal time in U.S. history and it is imperative that Robert Mueller ends his investigation as soon as possible and presents whatever evidence he has gathered before the November midterm elections; and here's why:

This election is going to determine the direction that this country takes for some time going into the future. The Republican Party now has control over the presidency and both houses of Congress. If, in this election, the people of America decide to let them stay in power then that will greatly enhance Trump's chances of staying in office for a second term.

And if he is reelected that's when the trouble will start; and I would say that, from that time on, America will go into a new and highly dangerous direction. Think about what Trump has done since becoming president, his obvious obsession with power and control.

When Trump entered office there were many Republicans who were very much against him as he had said many derogatory things about the GOP and many of its members during the campaign. However, in a very short time, he has beaten most of them into submission and has turned them into his political tools. He has managed to take total control of the GOP and has, thereby, increased his power and control to new heights.

If Mueller does not conclude his investigation and present his evidence before the November elections, then there will be a great chance that Trump and the Republicans will remain in total power after the 2018 and 2020 elections because voters will not be informed about the great dangers that Trump and his associates have created for our democracy.

As usual Democrats see a great opportunity to take control but they just can't seem to get their act together and present a new and convincing message to the American people that they can turn this country in a new and more positive direction. They need to jumpstart their efforts to connect with the people of America.

Someone might ask this question: if Trump and the Republicans control this entire government and have all this power then why don't they just establish an authoritarian government right now?

The answer is that they are not ready to institute such a massive change since it takes time and a lot of planning to make it invincible. It took Adolf Hitler many years to lay the groundwork to take complete control of the German government. Trump has been in office less than two years. This is not the time, not just yet.

So if Mueller does end the investigation and submits his report it is highly likely that the evidence will be overwhelming and will show that Trump/and or his associates are guilty of collusion; and there is an even better chance that Trump is guilty of obstruction of justice.

Even if he is not ready to fully end the investigation it is extremely important that Mueller issue some kind of interim report. . There are about 5 months left before the November election. I would hope that he turns up the efforts of his group and is able to present his findings by Sept. 1, or at the latest, Oct. 1 so that the American people have adequate time to thoroughly digests them and think about them as they cast their ballots. This could make a huge difference in the outcome of that election.

If his report includes damning evidence that should be enough to convince the American people that they need to do what is right and remove all possible Republicans from the Congress in November. That's what this country needs to do, erect strong barriers to the creation of an autocracy.

Trump is cunning, clever, deceitful and devious and he knows exactly how to proceed with transforming the American democracy into an autocracy. He must be stopped and Mueller holds the key to make certain that it does not happen 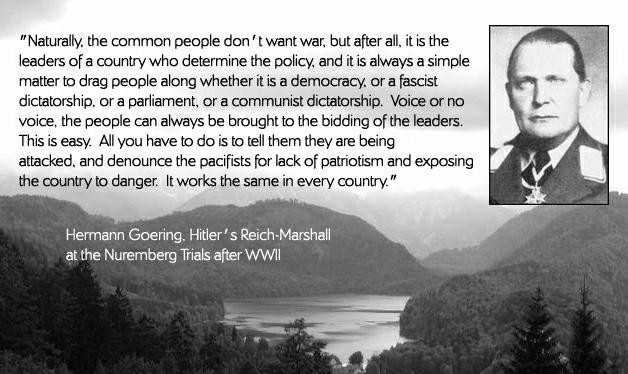 Okay, I will do the deed but no charity, need get paid in advance.

One major difference between Trump and Hitler is that Hitler had a higher approval rating.

Totally agree with your fears of Herr Trump. He is the new Hitler and being raised Jewish I am terrified with his racism and anti-immigration policies he wants to institute. He has to be stopped. I've been hoping for plane crashes, a sniper,anything to take him out but Mueller is our onl y hope. He needs to get that report out now. Dems have to take over the House and Senate. This county is in deep shit as long as Herr Trump is in the Oval Office.

You can include a link to this post in your posts and comments by including the text q:95124
Agnostic does not evaluate or guarantee the accuracy of any content. Read full disclaimer.