Anyone ever had an encounter with a ghost

No. I would argue that no one ever has. But they make nice campfire stories.

You'd be wrong. Many people have seen them, but in the US, it's considered crazy to believe in them so nobody mentions it, or expects it.
But one of my daughter's friends was visited at her house by a classmate who she didn't know had just been killed in a car accident.

One of my friends also was killed during a mugging, but came back after being "dead" for an hour, able to tell stories about people she'd seen on the other side who had been killed before she'd heard of it.

@birdingnut I don't consider it crazy personally but I think there are entirely naturalistic explanations. The ability of the mind to fool us and to be fooled by such things is far greater than most people credit.

Also No.I feel as a skeptic one tends to accept the fact that everything that an individual experiences is a result of their own brain activity, making the whole concept of ghosts unsupportable.

I have been a member of a progressive, scientific paranormal group for nine years. During the course of investigating nearly 300 locations we have encountered many shadow figures, disembodied voices, intelligent responses to requests or questions, are they ghosts? I don't have all the answers. We are researchers and our goal and mission is to find truth. I personally have had experiences that have convinced me that there is 'something' more than what meets the eye. I believe in energy...I have witnessed it at work right before my eyes, I have been spanked on here and told to "grow up because energy is not intelligent". I am humble enough and intelligent enough to say I don't have all the answers but our team is getting closer to understanding. 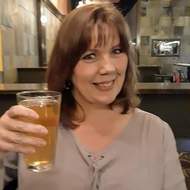 Paranormal: denoting events or phenomenon such as telekinesis or clairvoyance that are beyond scientific understanding.
Just how is your group getting closer to an understanding scientifically when it contradicts the word paranormal? What evidence leads to your belief your getting closer or anywhere at all?

I meant has anyone seen a ghost

No. A kid that didn’t miss much, if there’d been such a thing, ‘we’d’ have found one

Yeah, the holy ghost and all its followers !

I had visions of my favorite aunt, my sister-in-law, and both of my parents at the time of their deaths, including the late King Bhumibol Adulyadej of Thailand, who died at 88, Oct. 13, 2016, so I must have considered him family.

I was in the Tesco-Lotus mall EGV movie theater in Songkhla, Thailand, that day, waiting for the movie to start when I looked up and "saw" the Thai king standing nearby in a palace room, talking to a monk, and I knew he'd just died.

I asked him in my mind if he had agreed to his death and he paused to "think" to me that yes he wanted to go.
He then walked away, still talking to the monk, and they disappeared down a side passage.

In my mom's case, it was like I was in her head, experiencing her thoughts as she had a heart attack and died. I was so shook up I cried and almost made my husband drive all night back to Kentucky.

In my dad's case, he just appeared to me, filling my mind, looking about 13 years old, bubbly and cute.
I knew who he was and that he'd just died, but we chatted happily awhile about the past good times and he told me how much he loved me and how proud he was of me, something he couldn't do in real life until just before his death.

I then turned to my husband and told him my dad had just died and to note the exact time. In all these cases I was correct.

As for ghosts, researchers studying children ages 2-6 who remember past lives reported that a number of them remembered being ghosts between reincarnations, and one boy even told of getting together with other boy ghosts and throwing rocks at living children to scare them.

The researcher interviewed the children the boy said he'd thrown rocks at in that particular village and they recalled that event.

The boy said that he hung around the village for awhile as a ghost, then followed a man home on the bus and entered the fetus of his pregnant wife. Strangely, the current father of the child, remembered being in that far-flung village on that day and taking the bus.

As usual, if you troll this comment I will just block you.

I’ve had unexplainable things happen meaning I can’t explain them! If I say it was a gohst that’s an explanation. Just like UFO is not likely aliens, it’s unidentified... Just because you don’t know what it is doesn’t mean it’s from Alpha Centauri and it doesn’t mean it’s a ghost. I believe people have vivid imaginations and I don’t believe I’m an exception. Why do people find it so hard to just say, “I don’t know?“.

Ghost defined: an apparition of a dead person which is believed to appear or manifest to the living.
Unicorn defined: a mythical animal typically represented as a horse with a single horn projecting from its forehead.
There is equal evidence for both. Human imagination. There is not one shred of demonstrated scientific evidence for either. Why would any rational thinker that had a basic understanding of the human brain ever say they had an interaction with a "ghost"?

You can include a link to this post in your posts and comments by including the text 'q:95841'.
Agnostic does not evaluate or guarantee the accuracy of any content read full disclaimer.