Is life meaningless if we can live forever?

A more interesting question is if life would remain interesting if it went on indefinitely. Is there truly a limitless fund of novel experiences? I'm not so sure. But it's nice to have options. To be able to live forever so long as you can end it when it doesn't make sense for you, sounds fine to me.

Human life, in and of itself has no meaning. It just exists, like everything else just exists. Life's "meaning" is individually subjective. As others have said here; people give their own meaning to life. I don't see the length of a human life as being connected to any meaning (also echoing others comments).

I believe if Humans achieve biological immortality (and I think it is possible), it's my hope that along with immortality comes wisdom, greater knowledge, peace, and the eventual vanishing of religion.

Ha, but its that mortal desire to posteurize, ego, which won't quit whinning about leaving behind legacies and tales to tell...

Life is meaningless if you are not fulfilled & pursuing interests fruitfully.

Immortality makes life more meaningful if your meaning for life is the pursuit of knowledge and happiness. Imagine having infinite opportunities to experience life and learn from them. Imagine infinite opportunities to meet new people and create meaningful and happy infinite relationships with them. No more death in the family means less grief in life. The benefits are more than i can explain in this comment.

I think the meaning of life has very little to do with its length. It's all about what you fill it with and the people you surround yourself with. And what you contribute to the lives of others that give life meaning. If you can live forever you could technically create more meaning than you would during the average lifespan. However, with the possibility of living forever there might be less of an appreciation of life and less inclination to make the most of it because it wouldn't be so fleeting anymore.

Having said all that, I have to admit that eternal life doesn't exactly seem like a great deal to me and when I was still a Christian I was really terrified by the idea of existing forever in the afterlife. What if heaven wasn't all that it was cracked up to be? There would be no way out!

I think human nature prevents us from achieving perpetual happiness. We get used to the good things way too quickly and so we are always in pursuit of something new. That might get tiring after a few centuries in my opinion.

I don't think so. But if we had infinity time our lives would be lived completely different. So what is meaningful to you would change as well

Well, it would probably make all the suicide bombers' lives meaningless as they have to rethink their life purpose.

I woke up today, seemed to anyway, enjoying it pretty much so far. Is that meaning? Means enough to me.

In all honesty, it is meaningless already. What will your life have meant in another 1000 years.
What I did 50 years ago has no meaning.

If I can live forever and continually accumulate, assimilate and aggregate new information and experiences into an ever growing, deepening and interconnecting view/awareness/understanding of reality then it will never be meaningless.

And imagine the "reality shows" you could watch!

It begs the question: Live forever as an old person or eternal youth? Even if eternally young, "forever" is a long, long time.

I don't know about immortality making life meaningless, but it would definitely make things seem a lot less urgent. I'm 435. I've been thinking I'd like to learn to play the piano.

@Aralt Maybe you could learn to use the subjunctive tense.

Living forever in a peaceful and happy heaven would be crappy. we really do need drama and mayhem

@Nardi pending with what 1 uses for reigns, and to which side they choose to pull them.....
?Lest ye forget....?️

@StephanieD78 whichever way we decide always pull the reigns softly and let the beast feel in control. Sit back and enjoy the ride

My opinion is that if we could live forever then we could create meaning - since we can't - it's meaningless.

That's impossible to say. What gives a life meaning is defined only by that person themself. We might say it's not as valuable, since it would no longer be limited, but that wouldn't necessarily make it meaningless.

No. Not any more than it's suddenly meaningless because we don't believe in god. Meaning does not come from god or from mortality. It is found by each individual in each moment.

It's true that belief in god can be a shaky basis for meaning (until the abstraction starts leaking, which it invariably does, sooner or later). It's true that the pressure of mortality can focus you and presumably the absence of that pressure could unfocus you. But what would it matter? With unlimited time, you would just be focused by unhappiness caused by bad life choices; that works, too.

Besides, any sort of immortality that's absolute is a fantasy that's never going to happen. The closest we'll likely come to "living forever" is biological immortality, where disease and aging are taken out of the picture. But you can still die by misadventure, so you still can expect to eventually have an accident and die. So in that scenario you would still have always some nonzero possibility of dying in the next moment, just like now.

I suppose it's just possible that a long way in the future it will be possible to move one's memory and consciousness into a newly-grown body or robot of some kind, without compromising quality of life. That's a problem for another day, sort of the opposite of borrowing trouble. In terms of what's remotely likely to be true in the next few generations, I don't see the challenge of finding meaning changing substantially, other than hopefully getting rid of silly religious notions about how that's accomplished.

Would that be sometime. To live in a mansion in the sky with extreme happiness for eternity.

It might be more possible to be reincarnated as a wise 1000 year Old Oak tree. As long as a Christian dose not come along and cut me into Bibles.

We DO live forever.

Einstein showed that all matter is a form of energy, so since energy can neither be created nor destroyed, we have always existed and will always exist in some energy form, and quantum physics already proves that multiple dimensions exist.

There could be reincarnation, for that matter. "For physicists, the distinction between past, present and future is only a stubbornly persistent illusion." -Einstein.

since when did quantum mechanics "prove" that multiple universes exist ? are you confusing the third law of thermodynamics ? Einstein never claimed any form of reincarnation, only the preservation of energy, not matter,

This sums up my viewpoint perfectly. 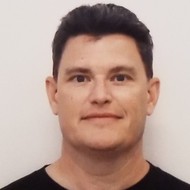 Imagine all of the Mayflies out there saying, "What have you guys got to bitch about?"

I don't know that life actually has any meaning - because that is like saying it has a purpose. Life does not inherently have any meaning or purpose. The only meaning, or purpose, that our life has is that which we ourselves attach to it.

If we could live forever, I think that would definitely change our perspective. Personally, I am very motivated by the amount of time I have, and with no end in sight I wouldn't be as driven - nor would I care as much. I have forever to get things done, so what's the rush?

No, because eternal life is a separate concept from meaning so one does not preclude the other.

"eternal life is a separate concept"....
forgive my childlike lack of knowledge, just seeking wisdom here...... who, separated the concepts, and who are who?

Since one gives their own life meaning, I see no reason why living forever would change anything.

Not if we have a good job we enjoy and lots of HOT sex.

You candd include a link to this post in your posts and comments by including the text q:102505
Agnostic does not evaluate or guarantee the accuracy of any content. Read full disclaimer.