Are you bothered that we count time based on when Jesus was supposedly born?

And tonight we end the 2018th year since the birth of the the son of god... Can anyone think of a better date to begin counting from?

I am not bothered. Most other people I come into contact with use it too so it is convenient.

There are many other calendar systems which may not be as convenient to use. See [en.wikipedia.org].

It would take a real concerted effort to unify the date. I know of several other cultures with different years (jewish, islam, chinese). No telling how many different years it is.

Yes, it does. Unfortunately, I don't have anything better to offer.

I was talking to my year 1/2 class (5 & 6 year olds) about the new date, and asked if anyone knew when we started counting - nobody did, so I told them
"it's from when jesus was born - can you believe that!!!".
And they all looked at me and then burst out laughing - I have to say it was a lovely moment - a little seed-sowing at christmas never did any harm, did it!!!!

It doesn't bother me, probably because its just days of the week. What bothers me is how they try and put their religion into the government and force their religion onto children.

Rather than care about this, I would rather that Christians, Religious people, Society.....and EVERYONE! ....seek the origin of religions, especially their own. They might learn something.

I don't have a religion---so it might be a little hard finding the origin of mine.

No, It's pretty arbitrary in any event. Maybe someday there will be some globe shattering event that will make us want to restart. As an aside, boy, some Christians can get as worked up about BCE and CE as they do about Happy Holidays.

Ya, really gets their knickers in a knot.

It would be cool to do something like that but what headache it would create. We are all so accustomed to our current system and, like many of you have pointed out, who really gives a shit if the starting point is based on a myth. It works.

True. I actually really like the fact that aspects of the norse mythology have slipped through into the modern world.

It’s an interesting thing to share with my students. Most of them are truly surprised.

I find it more acceptable to use the terms not related to a fictional birth: BCE and CE, before the common era, and common era. 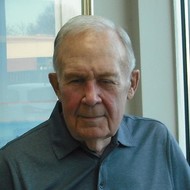 @witchymom Hi. First of all, I am not a fire-breathing atheist- but I agree with you 100%; kids should not be taught that these fables are truth. A little truth: when Daniel came out of the 'hungry' lions den, he came out as left-over Danielburger- a bit here, some there. Yes, and I have said this about the "Daniel event' before.

Yes it bothers me a lot. What alternatives. We kind of need an exact date!

This is for those who take the start point from where evolution turned to create humans. Scientists say that it was about 7000000 years ago? Start of the human lineage, following a split with the lineage containing chimpanzees and gorillas.

I like that idea but it's not precise enough. We need an exact date.

Yep, that's a good idea too.

No, it doesn't really bother me — no more than it bothers me that the days of the week are largely named for Roman gods. Christianity has cultural, historical significance, regardless of its mythology. But, instead of using "B.C." (Before Christ) and "A.D" (Anno Domini, Latin for "in the year of the Lord" ) I prefer to use "B.C.E." (Before the Common Era) and "C.E." (Common Era) because the former are so completely sectarian, not just cultural references.

Does Not Bother Me. Don't Let That Get To You.

I don't think about it

Yes, a reference, but if we were to switch, which is the oldest culture (or historic person) we could base it on

yes it would be nice if we had an oldest person or oldest human reference point upon which to base our calenders.

the start point is really billions of years ago. I'll stick with this one.

You can include a link to this post in your posts and comments by including the text q:11910
Agnostic does not evaluate or guarantee the accuracy of any content. Read full disclaimer.