In regards to the Creation myth, Man was made in God's image so why would God specifically pick the Homosapien out of all the human species that have evolved and existed over time? This is a point that I try to make with my believer friends. What are your thoughts? 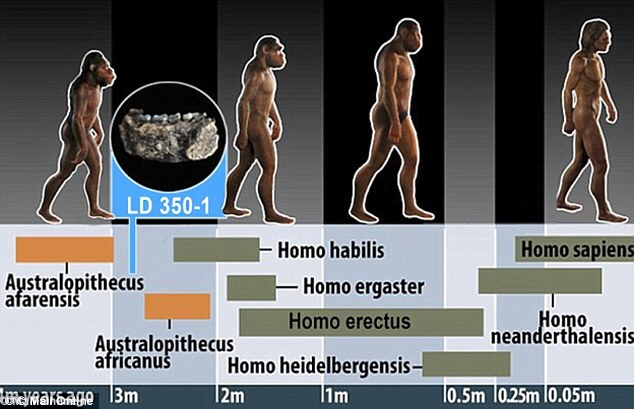 I think I understand your intent.

You are posing this in such a way to make believers question their creation myth, is that correct?

I presented the information of human evolution to a theist and ("old world" ) creationist recently.

After absorbing and pondering this information they felt convinced that there is indeed a human family tree, reaching back several million years.

But then they just adjusted their believer views, proclaiming that "God had been experimenting" when it came to human species that died out or did not contribute directly to the genetics of modern humans.

I could have argued that it made no sense for an all-knowing, perfect deity to experiment -- that experimentation is what one undertakes when results are uncertain.

But I just let it slide.

God inserted weird bones as he was creating the planet to test the faith of his flock. Seriously, giving up faith has got to be like giving up the hardest of addictions. Thankfully, I've always been theistically challenged so I don't know.

Perhaps it has nothing to do with man's physical appearance at all, but instead his capacity to know and understand, and his ability to choose, of his own volition, what he does with his knowledge and understanding. 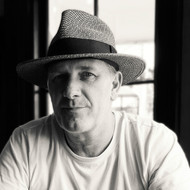 @Megjewel sure, I’ll give it a go.

The human being is the only species on this planet that is capable of thinking in the abstract, that has the ability to imagine and invent, to discover and comprehend the realities of things and to create great works of art, music and literature. But above all, we have the ability to choose how we will act in the world.
We have great capacity for kindness, empathy, justice, charity, forgiveness and love etc. We also have great capacity for cruelty, injustice, prejudice, greed, indifference etc. These opposing characteristics are often referred to as man’s “higher” and “lower” natures.
By my understanding it is this higher nature that is meant by “God’s image”. The lower nature arises from the ego and attachment to the material world.

they were killed off in the big flood. lol if we are made in gods image, why are we not invisible?

The first beings on the Earth were bacteria microorganisms, weren't they? Did "God" make them in his image? Is God a transformer? Lol

In Genesis 1:3—2:4, the first story of creation, God creates the Earth, and the animals and finally humankind. Very little fanfare is made over the creation of humankind. In fact, there’s really no separation between them. Genesis 1:26-27 puts it succinctly: “Then God said, ‘Let us make man in our image, in our likeness, and let them rule over the fish of the sea and the birds of the air, over the livestock, over all the earth, and over all the creatures that move along the ground.’ So God created man in his own image, in the image of God he created him; male and female he created them.”

This brings up some questions.

First of all, who is “us”? Who was God talking to and what did he mean by “image” since God apparently doesn’t have an image?

If God did create Adam and Eve (men and women) in his image, at the same time, then is God a hermaphrodite, so that both men and women looked like him in one way or another. The first author

In the second creation story, Genesis 2:4—25 God (YHWH), forms Adam first, before anything else. “And no shrub of the field had yet appeared on the earth and no plant of the field had yet sprung up, for the LORD God had not sent rain on the earth and there was no man to work the ground, but streams came up from the earth and watered the whole surface of the ground - the LORD God formed the man from the dust of the ground and breathed into his nostrils the breath of life, and the man became a living being.”

YHWH, goes on to create a garden (Eden) for Adam to live in. in the middle of the garden, he places two trees: the Tree of Life, and the Tree of the Knowledge of Good and Evil.

Almost immediately after Adam is in the garden, YHWH starts to rethink creation. In the first story of creation, Elohim ended every creative session (each day) with the phrase “and God (Elohim) saw that it was good.” That is not how YHWH felt after creating Adam. In fact, the first thing out of his mouth was: “The LORD God said, ‘It is not good for the man to be alone. I will make a helper suitable for him.’”

With Adam in the garden, and the foliage created, YHWH comes to the conclusion that Adam needs a helper, or help-mate. So, in an effort to come up with the perfect helper, he goes on to form all the animals. Once he’s finished, he brings them to Adam one-by-one for Adam to name. When Adam is done naming the animals, YHWH determines that none of them are really suitable as a helpmate for Adam. That’s when he puts Adam to sleep, pulls out one of his ribs, and creates a counterpart, which Adam names, “Woman.”

No sooner did YHWH create Eve, when she finds herself hanging out near the Tree of the Knowledge of Good and Evil, and meets a serpent. The serpent advises her to go ahead and eat the fruit, which she does, and then takes some to Adam.

One of the many ironies of this story is what the food represented… knowledge. What could possibly be wrong with knowledge?

All you really need to do is ask them to reconcile their own creation stories.

I don't think it'll work, any point that includes even an inkling of science falls apart at the first hurdle; they don't care about it.

Good luck with that argument. I think most creationists don't believe that there have ever been more than one "human" species.

Australopithecus, neandethal, cro magnon--those are all either Satan's inventions to deceive us or not 'human'. It doesn't fit with their narrative.

so if man is created in Gods image (physical matter) then and how was god created (it will be like the hen or the egg which comes first). and that won't be a good argument for a spiritual god.

What are all the other human species out there? I can think of only one.
But why not dolphins, porpoises, killer whales ?

My theory is man invented god to apeas the fears of the unknown.

You can include a link to this post in your posts and comments by including the text q:16803
Agnostic does not evaluate or guarantee the accuracy of any content. Read full disclaimer.