I'm an idiot about american politics. Why does the government need to shut down? WTF?

The status quo needs to be broken up.

As a Brit speaking this does seem madness,government does essential work that society relies upon to function. Maybe you should stop their salaries till they do sort it out,might concentrate a few minds....you just need some smart judge/Laywer to rule on it ......there must be something they could use in that wonderful consitution of yours.

It's a debt ceiling reauthorization I think. It is just another lie they tell us.

It should tell you something about the inability of the Republican Party to govern. They control the House, Senate, and Presidency, but can't get anything done of substance. That is because they are masters of obstruction, captives of moribund ideology, but have no real policies or ideas that be put into action with positive effect. They have also lost any moral core.

You are absolutely right ... moral core is lacking .. a party of self-servants and have no no compassion with anything.

The government is inadequate for such a large country and such diversity .. they are self-serving not servants of the state. 2-party system is deadly. It does not allow for true representation. 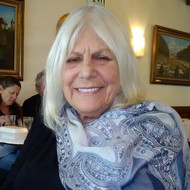 They don't need to shut down. Like I said before, if this was a real democracy, this jockeying for power between political parties wouldn't be allowed. You serve the people no matter what. Shutting down the government does not serve the people.

I thought we were against holding people hostage and terroristic acts, isn't that what this forced shutdown really is? Pence trying to play the guilt card today brought this to my mind. 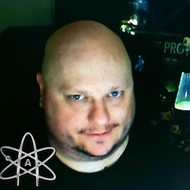 They fail to increase the ability to go into debt so they run out of money.

Because, we are a Country who's government is held together by the 'purse strings' of the wealthy! After the Tax Cut...Ryan, got $400.000, from the Koch Bros. Even a large group of average citizens want have that kind of clout! I write a letter almost every week to Senator Perdue, because he is only working for some kind of appointment from Trump. He is all about 'show'...even out and out lies! He is RELIGIOUS, too! I have to believe, that even a small action for justice, has an effect somehow!

Extremism has replaced negotiation, we’ve Gerrymandering to thank, yet again 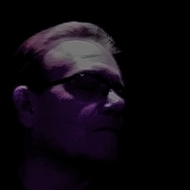 As in Orwells1984, it keeps the people divided and keeps them in control. You notice they keep getting their money..

The Democrats and Republicans are desperately vying for midterm elections this year. This is about "winning" more than anything else. It's theater.

It's total crap political theater: the parties won't work together to pass a budget because they can't agree on other stuff. The budget becomes a hostage to partisanship. No budget, no gummint.

This two party system is a total farce and needs to go.

They do this in protest just a idiotic way to make a point. Never solves anything and most of the time end up with more aggravation any way.

You can include a link to this post in your posts and comments by including the text q:17072
Agnostic does not evaluate or guarantee the accuracy of any content. Read full disclaimer.