How Do You Honour Your Familiar?

My familiar was with me for nearly 18 years. She died in my arms, just a few hours before I had scheduled her put down. It was a typical thing for us. She knew more & I was left asking questions.

Once the life had drained from her sick & weak body I cradled her in my arms crying uncontrollably. She smelled sweet, like Kiwi & patchouli. Once I realized I was holding a dead animal in my arms I shot up, plagued with uncertainty. I cleared a table & set her out. I washed her fur, face & bottom with the care of a surgeon. I placed her favourite toys, some water & a serving of her favourite food in a dish, around her dead body. I lit candles. It made me realize without action, ideas are nothing more than a hollow tree.

I washed her, annointed her with the oils of her culture, spent 18 hours in vigil (that was me), took her to her favorite vet & had her cremated. 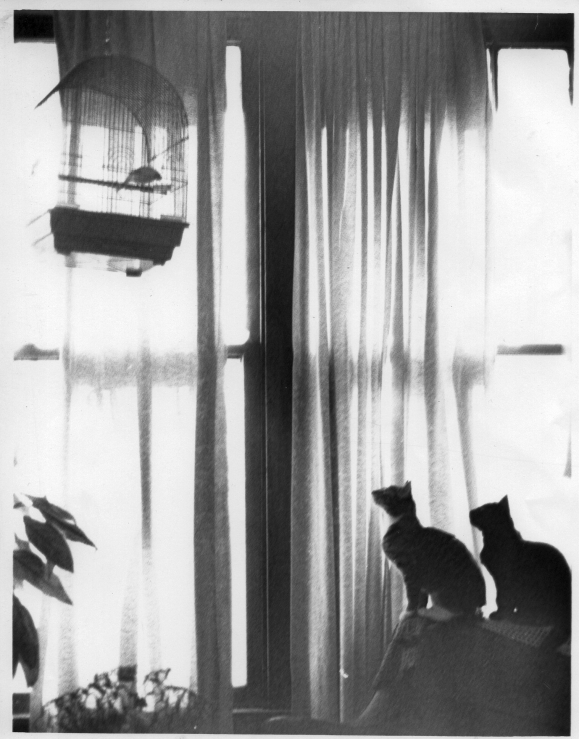 I do not nor have I had a familiar. I am an apistevist-I make no desicions based on faith.
I have had strong emotional attachment to other animals(yes i am an ape). There is nothing wrong or strange about having such emotional attachments. It means you are human. I hope you you have made peace with your loss.

I had a large dog an Akita breed about 120 pounds in his prime. He was scared of the vet, and scared of traveling. I had been feeding him eggs and rice during his end days. He was 13 years old, and my son came to visit, said "Dad it's time to put Buddy down". I knew he was right, but that thought had never come to mind. I fed him chopped steak as his last meal, and waited for the right moment, and shot him with large bore rifle in the back of the head. He didn't know he was going to die, nor did he know he died.

His death was instant. I built a large pyre, and cremated him. There were a few small bones left that I kept. My daughter came and helped build the pyre, and place his body. Then we each said a few words to sent him off. He was a warrior dog, and he had a warrior's end.

Think it is normal to go through the stages of grief when you lose anything you are attached to. The animals become like kids depend on you for food and affection and even conversation.

My condolences on the loss of your companion.

Losing a companion animal is always wrenching.Having had so many the sharpness of the pain has diminished. There is a tree in my pasture where I bury all the animals that have passed

I hate that word passed.
I associate it with stools passing through my colon and cars overtaking or being passed on the road!
Your beloved pet died.
Something I don't wish on any one's beloved pet.

@FrayedBear everyone has an opinion. I am sorry my semantics do not agree with yours. and they were my pets not my familiars

@btroje thank you for the correction.

Actually, and maybe it is odd, but I think that is beautiful! Pain, reverence, respect, appreciation. I respect that.

I think ceremony can have healing effects.

The loss of a dear pet is hard. A few years ago, my little cat companion of 17 years reached a stage where he was in almost constant pain and failing, and I had him euthanized. I had adopted him as a young, starving and injured cat about 1 - 2 years old. We spent many loving hours together over the years. I buried him in my venerable garden, in a place where some of his molecules may still be or become part of me.

I wished her happiness. She was set free.

once they are gone they are gone and I leave them at the vets in tears after they have passed away. your honouring to me is a bit religious ceremony sounding but if it makes you feel better I guess that's good.

Ok this from my knowledge of cats (Ok and dogs). It's horrible to lose a pet of any sort - particularly one you are very bonded with. Do whatever feels right to you. Grieve. Whatever your normal grieving consists of. And the very best thing you can do to honor a pet's memory? Is go adopt another when you are ready. Because there are way too many companion animals being put down who would be wonderful in a good home.

I have 2 little guys now, Shih Tzus, 11 and 12 yrs, respectively. They may have 3 or 4 years left, and I can't bear to think that within such a short time they'll no longer be with me. One, I've had since he was a pup, and he's like my shadow. The other I got through a rescue, and though we're very bonded, his early years, before I got him taught him to keep a little distance. At my current age, the thought of getting another pet, once these two are gone, and having to go through that heartache of losing them again, is just too much for me. I have thought about possibly adopting a senior dog, or maybe a cat, however, to give them a home and comfort in their few remaining years; but, I'm not sure...it's so difficult losing them.

@Condor5 It's awful losing them! But I can't give up the joy having them brings me. There is truly a balance between grieving and loving again.

I experienced my GF cat dying on my arms at cat age 19. He never liked me but a week before passing of old age made amends with me and started hanging out. For 3 years he gave me his version of cat hell.

Was it you or the cat that changed? You were certainly at a time of life when a major change, adolescence, ended.

@FrayedBear Rambo was his name and he went thru a lot of boyfriends... with his antisocial act... we were adults, very adults. But he never liked men in her place... he hated because i lived with her during that period when he died. He just got old and I wasn't going anywhere.

@GipsyOfNewSpain Chuckles, my old girl is the same with women. Sounds like Rambo either went through male menopause or accepted you as the new pack alpha male. Lol

You candd include a link to this post in your posts and comments by including the text q:17825
Agnostic does not evaluate or guarantee the accuracy of any content. Read full disclaimer.