LINK The government shutdown spotlights a bigger issue: 78% of US workers live paycheck to paycheck

This was a detail I worked with in short term disability claims. One if 5 American families lives paycheck to paycheck. More than that have less than $400 in emergency fund. This shutdown will be devastating to some of those families.

But trumper states they are willing to make the sacrifice to get my wall. He is so far withdrawn from reality that he should be removed from the office on that fact alone. He was shown how they tunnel under the wall and we have seen pictures of them going over the wall.He just wants to waste billions of dollars on a monument to himself.

I have went with kid #3 and Louie to kid #2’s place. I fly back from CT today. I’m going to get to the Hartford airport early. TSA folks are going to stop showing up in greater numbers. Air travel is going to get iffy really quickly I fear. 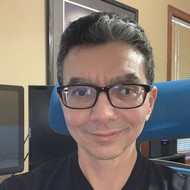 Hope you can get back in a timely manner. You're right that air travel is going to get rough in the very near future.

The person in the oval office doesn't care. Along with a number of other politicians.

This confirms that the middle class is now a fairly small class. By definition, middle class living used to be having some financial security to the point of some retirement money, some decent amount of savings, the ability to afford at least one good annual vacation, comfortably able to own and pay off a mortgage in 15 years. If only 20% of workers are not living check to check, that's a pretty skinny group on the overall distribution of wealth and income. It's been quite a while now that those living at a middle class level have become a much smaller, narrow % of the population compared to the 1960s, when they made up maybe 50% of the population.

Instead of a really large, broad middle class we now have a very large underclass of the poor and unemployed along with a very large class of the working poor. Together they make up about maybe 70% of the population. We then have about 20% living in the kind of middle class that used be at least twice that size in the US. Then we have the top 10% made up of the rich and the upper-middle class, who make 100-150K a year.

At least at the federal level, neither major party cares about the economic welfare of the bottom 70% of the population anymore, tho they do pay lip service to some of the better off members of the bottom 70% and vie to get their votes before ignoring them between election campaigns.

It just screws over people who are innocent to Trumps decisions.

Yes we do..and we're only 2 paycheck from destitution...I've been there.

You can include a link to this post in your posts and comments by including the text q:263683
Agnostic does not evaluate or guarantee the accuracy of any content. Read full disclaimer.