Do you "collect" anything? What is it, and do you display your collection?

I collect rocks. I display them willy nilly. I am easy to "buy" for.

Any old rock? Or are we talking diamonds?

I bet you have a drawer full of engagement rings.

I do, too, as well as fossils and stone artifacts.

I have a stone or rock from most every where I have ever lived and many have brought me sod and rocks from around the world.

@Condor5 When I can find it I do, agate is very uncommon here in the Great Plains Sedimentary Basin.

Me too. Labradorite and agates are my favorite.

@HeathenFarmer Yes! I have several fossils and stone tools, as well.

@MrLink I hate that shit.

@Candy You got it. I do the same and so do my loved ones. My partner brings me stones from his travels, when I can't go along.

I have some rocks in my rock garden you might enjoy, I had picked out some that were rather interesting my son also thought so and he has them hidden on me.

@azzow2 I would love to see them...if you can find them!

@MrLizard I had to look up your clever reference. I do not watch much fiction, with the exception of, "STRANGER THINGS." I enjoy that show immensely.

Was dust one of the categories you were thinking about? lol

I used to display it, but I learned that human skulls make people feel uneasy.

I have two of those. Skulls are fascinating.

I used to collect die-cast cars; still have a few. That started mainly because a house I once bought had a room with shelves covering half of one wall and I needed something to put on them.

Do you think any of them have turned out to have real value?

@MrLink no, I don't think that's the case, honestly. Maybe in a hundred years the still boxed ones will be worth more, but mostly they were just cars that had some personal significance, and they weren't "high end" examples.

I collect fish and love displaying them.

@LeighShelton 500 gallons? Wow! I have never seen one that big. Does its great size make its easier to keep properly regulated?

it's much easier. the bigger the tank the easier. I started off at about 13-14 with a 3` tank and still love them.

I used to collect comic books. I haven't in a long time. I still have boxes of old ones that I am giving to my nephew. They are probably worth some money.

I started collecting old woodworking hand planes, but they're not just to look at. I also use them. After I while I grew tired of collecting them, and stopped buying every one I found. I do still have quite a few though.

Verycool. What kind of wood working items do you produce? Furniture?

@MrLink I make all kinds of things. Someone else on this forum asked me to post some of my work. The pics are on my profile page.

@Eazyduzzit I checked them out. I admire your skills!

@MrLink
Thank you very much, but it’s really not so much a skill as just something I had a strong desire to learn, and I put a lot of work into learning it.

@Eazyduzzit that makes it a skill, bro!

I used to collect glass bottles and kept them on a shelf in the front room before my ex wife put an end to it. I had an unopened coke bottle from Iran from my brother's deployment. Recently I've been turning bottle caps from drinks I like into magnets on my fridge. 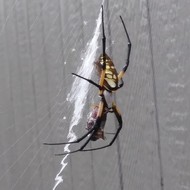 I used to collect pressed pennies, but they seem to harder to find now.

I just keep’em and a leather book. But I haven't thought about displaying them differently.@pthomas59

I downsized to minimalism a couple years back but I do collect cheap spiral notebooks for journalling. Can't get enough of paper. Used to have a collection of rice paper from the local art supply. Oh, I do have a collection of my son's children's books, my go-to books, these are in boxes at the moment. And, my artwork kept in a portfolio. Apparently, it's back to the old drawing board with minimalism...

A good old classic scotch colletion never fails to have around

I collect...memories, pictures and words.

Dragons...displayed on a shelf in the office in my house. Mostly ceramic, mostly all insense burning (the smoke out of the nose effect), one oil burning one with flame out of the mouth...and you?

Star Wars memorabilia, mostly the vintage toys or anything Darth Vader related. It's all scattered about my spare room right now, trying to find the time to rearrange everything into some semblance of order.

Pigs. It started with a hand-carved wooden pig with wings, wearing a Santa Suit. They've all been gifts. One of my nephews gets me the same birthday card every year. "If you're happy and you know it, clamp your hams." It's a fairly small collection, but it's the only knick-knacky type thing I do, and it's actually completely out of character.

I actually have two pigs, a painted carved wooden one and a huge (2 ft x 18 inches) painted clay piggy bank, and they both belong to the minimalist that rags me about having so much stuff!

@ScienceBiker That's me. Always keep 'em guessin', and shocked. You never know what I'm gonna do!!!

Nice collection. I collect pocket knives - and blades of all types. But I don't have any switchblades.

Records and they are on full display in my living room. I also collect dog fur, as in the shedded dog fur from my lab and pug

Pens and headphones. No, I don't display them. Lol.

I collect books on organized crime and lost baby items I find on the ground...rattles, bottles, bibs,pacifiers, toys- you name it...very funny story about how this started....I just wanted a collection nobody else in the world would have...it's in a box in the other room.

reading the biography of capone right now . wow that's alot of corruption. I hope america has somewhat changed its ways

@markdevenish Mark- there are a LOT of Capone books out there- read them all..also Lucky Luciano was way up there as well...fascinating reading...

I used to collect a lot of things: old pulp science fiction magazines, WW2 German militaria, comic books, anything to do with the TV show "Lost in Space." and so on. And then I realized that all of these great things were just boxed away (being out in the open can fade colors, making it all less valuable, after all). Occasionally, I would look st my stuff briefly, before boxing it all up again. One day I realized this was crazy, and I started selling the stuff off. Whenever someone asks about collecting stuff, I always say "My collection consists of what I haven't sold yet." If I got back into collecting, I'd collect Soviet or East German militaria, because the stuff looks interesting, the prices are relatively low, and because it's all so common, there are hardly any fakes on the market.

I have a Soviet melodeon

Broken hearts.... Lol Just kidding, I don't collect anything. Eventually everything starts irritating me, and I throw all the junk away

I collect tea pots and other tea accessories. I don't just collect them, however, I use them as well. Some are displayed in a cabinet, but others are kept away. About twice a year I switch some of the pieces.

Silver bars and coins. I don't display them currently 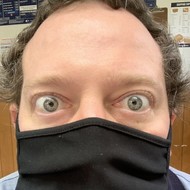 You can include a link to this post in your posts and comments by including the text q:34813
Agnostic does not evaluate or guarantee the accuracy of any content. Read full disclaimer.