Re: The National Student Walkout

I am truly heartened to see so many thousands of kids exercising their Constitutional rights today. I've listened to quite a few of them speak, and they sound a helluva lot smarter than many of their elders.
Power to the People!

I hardly watch the news on TV, so I'm seldom up to date. But I love it when people are exercising their constitutional rights.
Many more should, because there is a lot to protest against.

I'm proud of them. The desire not to get shot in the fucking face is a powerful motivator. The NRA has lost its damn mind. Simmer down, Dana. The Court ruled that the 2nd Amendment should be interpreted as protecting the right of self-defense. It's time to live in the 21st Century.

Maybe they might be able to start cleaning up our messes.

Which is basically the job description of every generation. To clean up the messes of the ones before them.

@KKGator Can we get out of the way or do we have to die out first?

You do know what they preach has been scripted, right? And that those who wanted to participate but did not want to read the script were excluded? 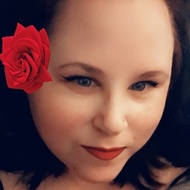 Scripted by whom? And is there any proof of this?

It's really easy to make that claim without any PROOF to back it up. I'm not inclined to believe you. Like, not even a little bit.

I retract my first comment. I should have done my research thoroughly. I had based my comment off of an interview I saw of a teen-ager claiming he was given a script to read from and was not allowed to use his own words. I double checked with Snopes after my comment...my apologies.

I love your bluntness KKGator

@ArtemisDivine No worries. I appreciate that you took the time to check your comment, and that you bothered to come back to respond.. To me, that is a true indication of a person's integrity. I always try to acknowledge when I've made a mistake. I hold that trait in high regard in others.

I would like to share your optomism, but being a child of the 60's I have my doubdts. They liberal politicians who were once a part of that movement that said question everything, and don't trust the government has changed. The Clintons who were once a part of that movement did a 180, and now want us to not question the government. I don't trust the government, and these young people are just another brick in the wall. I am afraid, but the reality is we may need another revolution. The Federal Government is broken. Our problems are not guns, it is moral fiber.

I'm going to maintain my hope that these kids will be the change. I remember the protests against the Vietnam War. When the government realized they had lost the People's support, things changed.

@KKGator Me too. Is it better now?

@Leutrelle Well, we're out of Vietnam. So, there's that.

@KKGator Is that better? Thats weak. These modern wars and rules of engagement have taken many more lives. The government is polluted with many people from the 60's, and we are worse off now.

@Hugh Most students are liberal, and fail to recognize that our society has an illness. I know you are not stupid, but most gun death is an urban problem. Suicide is a huge factor in gun deaths. I think economics is a major factor in gun deaths. We need economic muscle in our urban areas, and in all areas of our country. We can have a war on guns, but will it work any better than the war on drugs? I for one won't hand my guns over without a fight.

We act like countries where guns are illegal don't have gun problems, but that would be a lie. I like you see that there is a problem with gun violence, but we come with different solutions.

Proud of these kids-no nieces/nephews grandkids but as an American proud.

I've got a few nieces participating. I'm proud of them, and every other kid involved.

As I said in my thread "I would like to know how many of these kids have bullied their classmates and teachers, f...d underneath the school's staircases, enter real guns to the building, brought alcohol in their water bottles....and a lot more.

@DUCHESSA Why? Does any of that diminish what they're trying to accomplish? So what if they aren't perfect? They still have a right to be heard.

@KKGator LOL.... To ask for stricter gun control while "conveniently forgetting that you are as guilty as the one who pointed the gun" is, to say the least....arrogant.

@DUCHESSA How are these kids "as guilty" as the one who killed 17 people? I'm not following your line of "reasoning". Btw, calling me arrogant is completely unnecessary. Just because we aren't agreeing on this topic is not sufficient reason for you to begin name-calling. It also weakens your position and makes me take you much less seriously.

@KKGator Be in front of a classroom and you will follow "my reasoning". Until then, ....

@DUCHESSA That's a bullshit response. Please don't comment on any of my posts in the future. And don't assume you know anything about me, or what I know.

@KKGator Well, it's obvious you don't have the smallest idea about what goes on inside the schools. Bye..

Power to the peple and at least the young are up to speed.

They may be the ones that save us

Let us hope that the young people, the "me too" movement, the repugnance of the Trump administration, and the agsence of moral and patriotic gonads among todau's Republicans creates a HUGE wave of righteous indignation that sweeps away the whole damned lot of political corruption!!

The ones who walked out for a friendly 17 minutes that was agreed upon by their schools get NO support from me. Thats pathetic. You don't ask for permission to demonstrate - thats the whole point. It's supposed to cause problems and not be agreed upon by the man. pansies. 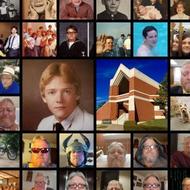 come on they are kids

I consider it bad parenting when you don't even convey to your kids the proper methods for dissent. you've got to involve your kids. take them to the planned parenthood funding rallies. the teachers' salary hike sit-ins. teach them to storm their legislator's office. this is poor form.

Without moving into Pence.

I too am so proud of these young kids. They remind me , in a way, of the hippie times where we protested often to end the war, But this time is special because they are speaking with reason and well thought out logic. They are professional and brave.
I just wish we could end the Trump era now

I'm hearing of schools blocking student protests due to "safety" concerns. Irony anyone?

sadly many schools are stopping students from this monthly remembrance of school safety failure not prevented by authorities by the dozens who could have stopped the Florida shooter for years in advance of threatened violence....Berkeley, Charleston and Dorchester schools are INSTEAD SELLING THEOCRACY and 'prEyers'

You can include a link to this post in your posts and comments by including the text q:36953
Agnostic does not evaluate or guarantee the accuracy of any content. Read full disclaimer.