What gives your life meaning? What keeps you going?

What helps me keep going is a sense of the value of Life and the universe. I know that if I were to take my own life, I would lose everything. Life and living, even if it very painful at times, is valuable in and of itself.

Another thingsthat keeps me going is the people in my life who have helped me and given me support over the years. I would be much worse orf without them, and perhaps not even here now if not for them. 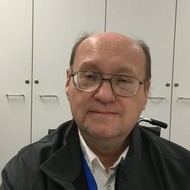 I'm glad you're still here. It's good you have such a strong support network!

You do realise there is nothing else after life? What I don’t understand is for someone to say “if I took my life” are you mad????? James

@Leon What I was thinking was that I'd lose it even sooner. I didn't mean to imply that I thought there was any life after this one.

I read recently that you are not your trauma or past and imagine a life without identifying with that! I haven’t been able to put that into words for awhile yet it was a feeling...my urge to have complete autonomy of my life and bring the best to everyone and myself. To clarify not a controlling autonomy more so freedom!

Yes. Don't let your trauma or past define you or control your actions, thoughts and feeliings.
There is more to every one of us than merely our trauma or illness or troubles.

@Katastrophe1969 yes it does, I’m realizing that too. It all takes time. Thanks for the reminder, had an especially heady day today

Being there for friends and family, trying to leave the world a better place than I found it, pondering the mysteries of the Universe.

@Donotbelieve I forgot coffee though, but that kind of goes without saying.

@Druvius I'll raise my mug to that.

@Donotbelieve Lol, yes, saw your profile AFTER I made my comment. GMTA.

@Druvius Proof positive that coffee is a strong bond.

There is so much to do and to learn. My daughter, my family, my dogs and my friends all help to make living worthwhile for me.

I want to see, hear, feel, taste, smell, and think as much as possible in ma' life.

Just about anything and everything. No, I'm not kidding. Life is a rush.

My sons, the desire to see as many STAR WARS movies as I can before I die, and my (foolish) belief that I may one day live long enough to see the Cleveland Browns in a Super Bowl... I don't even care if they win! Just get to one, dammit... 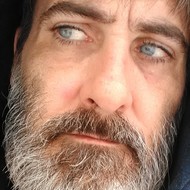 Speaking from experience as my Eagles just won their first and I waited 31 years for it. Tis a good reason to open your eyes each morning. lol.

I still ike to have a bit of fun, some enjoyment. I like my animals, gardens, fish, love living things around me. Have fun with the youngsters hat are always here. Occassionally, sadly more like rarely I like to have a few days away R&R with a friend, just for a break from the routine.

What keeps me going is the hope and just plain curiousity. Am I going to wake up someday to learn I can be cured and never in pain again? Could it happen tomorrow? Am I going to fall in love with someone? I'm so curious.

As I get older (BE QUIET, PLEASE!) I see how important public service is. I volunteer at three organizations...all very worthy.....and it keeps me going every day. It's also fun and I highly recommend it!

What organizations are you involved with?

I volunteer at our local (large, accredited) zoo, at Planned Parenthood and the local Historical Society. Each is a different ''job'' and each is satisfying.

For me, the number one factor is curiosity. I am old enough to be getting tired of having new experiences that aren't usually all that new anyway. Been there, done that, got the tee shirt, and in most cases, wasn't that impressed anyway. But ... but ... I'm curious how this and that is going to sort out. Trumpism, the colonization of space, the quest for biological immortality and for true general purpose AI. It all interests me. Particularly if I can be more of an observer and not personally besieged by any of it.

The number two factor is that I have promises to keep. I have a wife, a child, two step children, four grand children, colleagues, friends. I have roles to play in all their lives, even as I let some of these relationships organically drift away. I also am nearly the sole carrier of the memory of my prior wife, and my son, who both left life prematurely; and to a lesser extent, of my oldest brother and my mother, who likewise were interrupted in the normal course of life. I both want to join them in oblivion, and want to testify longer that I bore witness to their existence. If that makes any sense.

A very distant third is just the primal will to self-preservation. If all the people mentioned above were gone from my life, if the world were descending into dystopian chaos and "nature, red in tooth and claw" were all there was to contemplate, I would still hesitate to end my own life. Meagre though it may be, it's the only one I'll ever have. I would hesitate less than most, I'd wager -- but hesitate I would.

I think about those things also. They will come to fruition and I don't think I'll be here. The loss of loved ones cans wake up that Christian upbringing we all had before we made our choice. It's a thin line that exists there. Stay strong.

There's some nice things to think about in there, thanks. Especially the bearing witness part. I've had some incredible performers wander in and out of my life, and I wonder how many I hold in me that no one else ever recalls at all, except perhaps as a player in a record used for genealogy.

I used to be curious how it would all play out, but I came to realize it won't ever "all" play out, and I became less curious in newer topics so I feel continually more drawn to having said I've seen "enough" play out.

Coffee.
That and suicide are the only truly valid choices.

Music and then more music it's my life and job!

Without music, I'm not sure I would have made it this far.

And my daughter, of course. I have a son but he's off doing his thing, and I seldom hear from him.

Curiosity. Having a more open heart. Being kind to others and myself. Trying to be a good dad. Holding myself accountable. A good whiskey (or two). 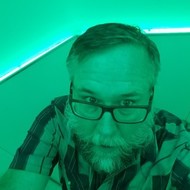 Right now, it is working to get out the vote to expell the traitorous grifters currently in our our political seats of power, and to have the ban on assault weapons reinstituted. Another side of me is my family, working on myself to be better, and my butterfly garden. I'd like to see changes to make the environment and the world better and I honestly try to live my life in a way that makes a positive difference.

Love for my children is what give me joy. It gives me a sense of purpose and fulfillment that I need.

Helping others and hopes of a bright future,

My art, my dogs and fish.

My kids. My dreams of being a filmmaker and my hopes that I won't have to be alone for the rest of my life. It can be a struggle sometimes. Being divorced and not getting to see my boys every day is a tough pill to swallow most days. But when I see how happy they are to see me and be with me and how smart and caring they are, it makes waking up in the morning worth it. Breathing is a lot easier when you know there's someone out there that truly loves you, and those boys love unconditionally. That is the power of having children of your own. No one will ever love you more than your own children. And I see it in my boys when we're together. The way they look up to me and always want to play with me and hug me when they see me. You can't get that from an adult you share no blood with. And it's because of that love that I'm still here.

I look into my mirror and thats my motivation. Where I come from and where I have been and what I have experienced has been because of that reflection. My motivation.

The pursuit of happiness, knowledge, adventure, reason, beauty and love are what gives my life meaning.

You can include a link to this post in your posts and comments by including the text q:42855
Agnostic does not evaluate or guarantee the accuracy of any content. Read full disclaimer.