Religion bans a lot of things that apparently offend the Almighty One but why? The Great and Powerful Omnipotent Superman in the Sky does not want some weirdly specific things identified by the bible.

- Fortune Telling and Tattoos -- Fortune telling is bullshit but tatts are cool
- Adultery and Divorce -- This is the only one that makes sense
- Wearing Jewelry -- Since when does God hate bling?
- Men Shaving -- Explains all those nasty, bushy beards religious men wear
- Planting Different Seeds in the same Field -- Really God? This bugs you?
- Wearing Mixed Fabrics -- Again, really God?
- Women Speaking in Church or Leaving their Hair Uncovered -- God gotta keep them bitches down
- Eating Pork or Shellfish -- What's wrong with surf & turf?
- Sex before Marriage -- Right. Must'nt do that LOL
- Doing Anything on Sunday -- But it's a perfect day to get stuff done

That's just from the bible. The JWs have their own expanded set of rules that prohibit a lot more including all major holidays and even your own birthday.

The Qu'ran, well, if you're a woman, you're free to breathe but that's about it.

Or, just perhaps the laws were made up by his prophets ? They did not like to delete any, and each new prophet kept on adding a another ban. So that the list just grew and grew, until it gets endless.

After all a lot of them in modern times have tried to ban alcohol ! Just imagine trying to do that, when your gods best trick was turning water into wine, and he told his mates that he liked their nights out having a drink together so much, that even death would not keep him away !

Why does adultery and divorce bother you?
The solution is an end to marriage and thus adultery.

If you're going to be married then adultery is a bad idea and who wants to see a marriage fail and end in divorce? I hated that my ex cheated on me and I hated that it helped to end my marriage so I dislike adultery and divorce. I would expect most people to feel that way.

@Sgt_Spanky I'm anti- marriage and anti-fidelity. I'm for a fantasy world of enlightenment.

@Sgt_Spanky Thank you. To me, every day is Day One. Alternative Realities are useful in that
It didn't have to be this way, it being a result of random events,
The present and future do not necessarily follow from the past,
History is replete with sudden changes of course (revolutions, unexpected discoveries and revelations, etc.).
Hence, it's not IMPOSSIBLE marriage and adultery may either slowly be replaced with a new paradigm, or suddenly, if conditions warrant.
Marriage and adultery go together like peas in a pod; you can't have one without the other, they have always been linked.
Why?
Because asking two people to remain faithful to each other from one arbitrary date til death is in today's world the exception. Adultery has always been with us, but in modern times almost to be expected. Is it too much to say the institution of marriage no longer fits most situations most of the time? Should there be alternatives?
Yes and those alternatives are available to anyone who wants them. At some point they will be the norm, I postulate, and marriage the exception.

I am everything they hate in one person.
Funny part is I’m asexual for going on two decades but being trans they seem to think it’s about sodomy 24/7 with anyone and anything anywhere anytime.
Basically the same people that would condemn me commit the sin they accuse me off, while I don’t.
Go figure.

Too hot to be asexual, hon. Besides, I thought you said you were TRANS-sexual.
Just kiddin' around, don't take offense.
(I agree about the 'sodomy' thing, btw. As a bi-man I think that's gross. But that's just me.)

It seems the guiding rule for religion banning stuff is when it distracts from, takes money away from, or directly contradicts the teachings of the religion.

That said I still don't get why pork is banned by the abrahamic religions.

Oh, and remember that Jehovah's Witlesses ( Witnesses) are STRICTLY FORBIDDEN to have Blood Transfusions, even it means not doing so will cause their death, BECAUSE, in their belief, the blood of Jehovah ( Christ, not God) fell upon their Founder as Jehovah died upon the Cross and YET the Tribunal ( Council) of Elders MUST partake of the Sacrament, i.e. the symbolic eating of the Blood and Flesh of Jehovah, BEFORE each Assemblage of the Congregation.
The 7th. Day Adventists ARE not permitted to use anything other than candles or oil type lamps from sunset on Fridays to sunset on Saturdays, may NOT cook meals BUT have them prepared and ready to eat BEFORE sunset each Friday, may NOT use ANY electrical device between sunset Friday and sunset Saturday PLUS, the truly devout may NOT do anything resembling work/labour between those times either.
Oh, and a woman giving birth between those times,or under normal times/circumstances may NOT have pain-killing medications during the process of giving birth nor a Blood Transfusion either.

And let us NOT forget the Morons, sorry Mormons, who are NOT permitted to earn or spend money, except IF they are rostered to work on Sundays that is, on any Sunday EXCEPT to pay their Sunday Tithes and MUST fast from Sunrise to Sunset on Sundays as well UNLESS prescribed otherwise under Medical Orders.
The ONLY thing a Truly Devout Moron may take into their mouths and bodies on a Sunday is the piece of bread and the sip of water at the Communion in the Temple and MUST drink only water elsewhere until sundown on Sundays.
Oh, we won't mention their 'magic underwear' that they are supposed wear every day.

Fortune telling was banned because it indicated that people were not relying on god and trusting him to take care of the future.

Tattoos were most likely banned because they were popular in Egypt--this was mainly a Jewish creed, not so sure about Xtianity. The prohibition against cutting the edges of beards was because that's what Egyptians did. I didn't know that jewelry was prohibited. Shaving . . .maybe a reaction against Egyptians, as well.

Judaism had opportunities for divorce, but only men could get them--i.e. if a woman were infertile. And why does banning divorce "make sense"?

Not mixing seeds is probably based on an ancient "scientific" issue. On the other hand, Jews did allow lots to go fallow on a cycle, which is good for the soil.

The reasons why women needed to cover their heads in Christianity were never clear--but there are some theories.

The shellfish issue--it it theorized that arose due to contamination of shellfish. Pork, because if it is not cooked thoroughly, parasites can kill.

Sex before marriage--a patriarchal rule to make sure that children born to a man are his offspring.

Apologists say that the rest on Sunday rule was simply to insure a day of rest.

No. It's because it angers GOD. Applying a rational justification to each of them isn't necessary from a theistic viewpoint.

@Sgt_Spanky Blah, blah, blah . . . sorry I wasted my time in trying to educate you.

@Gwendolyn2018 You misunderstand me but, whatever, let's just call it a day.

@Sgt_Spanky If you want to be understood, clearly state your point. Problem solved.

You should see the list of banned activities in the Pastafarium!

I never understood the anger by religious people when one talks about Jesus or God without saying how marvelous they are. They get so offended, but are okay with not following the ten commandments themselves.

I'd assume most Cristians are unaware that these things are in the Bible. The information that makes it from the Bible to their ears is so cherry-picked, they probably wouldn't believe you if you told them this is in there. They do, however, pick the pieces out that suit their agenda. 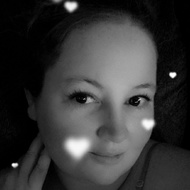 And they're expected not to question anything so the ignorance can flourish.

Completely correct, and it speaks directly to a comment I posted earlier today.
If women don't take a more active role in eliminating religious control, and immediately,
it's going to take that much longer to make change.

It's just so abundantly clear that what people are doing in relation to that garbage is, and has been, completely counterproductive.

The ideas in the bible are so primitive and ignorant and are such an obvious product of its time that no one should be able to relate to any of it. It also amazes me that Xian and Muslim women accept the lowly position their holy books outline for them.

@KKGator That's why the brainwashing begins shortly after birth, it takes time to sell someone on an idea that would repel them if they were old enough to mount a counterpoint.

Whole bunch if bull shit, written by men, who were in control at those times. 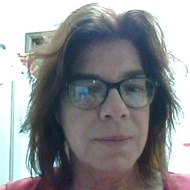 How can you tell; because men are the masters of everything and women are their property? How do modern people relate to any of this shit?

@Sgt_Spanky Modern women, do not relate to it, we are more advanced now.

@SCal No, we can choose who we are with, and who we will mot be with!

I see tons of women demanding a strong god fearing man even many secular women who get with religious guys and then pretend to be shocked when they try to control and convert them.

To each their own, but just sayin..

@SCal I am a woman, looking for a good man. I have been lucky to have had 2 good men in my life, one was my late husband, who practiced Judaism, but more ritual, than religious. The second was an avowed Athiest. Both were/are goid men of common sense, and neither forced their choices in me.

And yet, in times past women were almost deified, revered, respected and given great honour, .e.g in the Old Kingdom times of Ancient Egypt, the hieroglyphic symbol for woman was depicted as a Water Jug since the woman was deemed as being, like water, both the Giver of Life and the Sustainer of Life, whereas the hieroglyph for man was merely depicted as being a Plow, i.e.a very simple thing used to make furrows ready for the seeds to be sown and togerminate into plants for harvesting.
Then along came the European-Northern Meditterranean Influences and the roles were completely reversed and after that came the 3 basic Judaeo- Abrahimic Religions and women were demoted even further down the scale.

There are some great guys on this site. Some awesome ladies too.

We argue a lot, but somehow we find a way to keep conversations going.

God is a sensitive little bitch who gets offended very easily. Also imaginary.

Well, if you're gonna make up a God, you may as well make him petulant and pissy.

That's why Blasphemy was invented so as stop "God" from getting its feelings hurt by the Truth.

You can include a link to this post in your posts and comments by including the text q:520663
Agnostic does not evaluate or guarantee the accuracy of any content. Read full disclaimer.