Kaduna state in Nigeria is on the verge of passing a law that would make surgical castration mandatory for child rapists!
I'm in total agreement. How about you?

Totally and the sooner the better. A dull knife would be preferable.

Removing body parts by the government is not a good start to criminal reform. What's next,,,,, hands?

Kaduna is partly Muslim and partly Christian, mainly Roman Catholic. They tend to live in different zones. The state government of Kaduna applies Sharia law to all the Muslims. So, in parts of Kaduna, yes. Shocked?
It's a very different world.
Maybe I should tell you how, in 1975, Uganda solved the problem of theft. It certainly worked!!

That was the story of Steven Titus. Southland Sales Rep. I knew Steve from work. I lived blocks from where the "crime" was commited.
So, the Port of Seattle did the investigation. Are the Nigerian police capable of doing a investigation and coming to a better conclusion?

Utterly different scenarios. My in-laws lived in Kaduna. I am third generation Kenyan. Africa is completely different to Seattle.

@Petter Yeah. I know. Lots of water between us there. So, the question is, are the authorities always right? And the "witnesses" are always honest or accurate?

@PondartIncbendog The victims are honest. It's something that people who live in societies where duplicity is endemic find difficult to understand.

Upon viewing Edward Lee King’s photo, the victim who had identified Titus began to cry and said, “Oh my God, what have I done to Mr. Titus?” Judge Johnson overturned Titus’s conviction and dismissed the charges against him. After the dismissal, Titus stated that he had lost everything. “I lost my fiancée because I spent so much time dwelling on this, and I’ve changed. I’m not the person she knew. I lost my job, my family lost their savings, $9,000. I owe $3,000 to my attorney.”

In 1982, Paul Henderson was awarded the Pulitzer Prize for his investigative reporting regarding Titus’s case. Titus filed a $20 million lawsuit against the Port of Seattle alleging wrongdoing that led to his wrongful conviction. The lawsuit accused Port of Seattle Officer Ronald A. Parker of gross negligence and intentional disregard for the constitutional rights of Titus. However, Titus, who was in his mid-30’s, died of a heart attack on February 2, 1985 while the case was pending. Several months later, Titus’s lawsuit was settled out of court, and his teenage son, Ken Titus, was awarded $2.8 million in damages on behalf of his father.
[law.umich.edu]

That won't prevent them from using broomsticks or bottles or their fingers. Better you should have the death sentence. Or, maybe something else.

I was just going to add that to my comment.

I don't think it changes anything most rapes are not about sex but power,control,domination and violence.I want to see a study that says castration stops someone being a sadist or a pedophile.Do all rapes need a erect penis?Not my area of knowledge but I just went and read that they can still get erections so what is the point? I'm pretty sure a child rapist would still attack children castrated or not.Women are also child rapists and they have no balls.You can't surgically remove evil,I'm still for it just doubt that would ever happen her in Canada anyway. 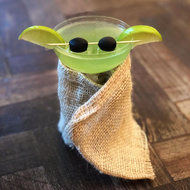 Well, add a penectomy to the castration.

Works for me!! And very appropriate punishment, biblically appropriate as well. Cut off that which causes you to sin.

What of the suspect has been framed? You don't think that happens? Like the death penalty. It's a bitch if you've got the wrong guy. 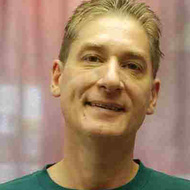 I would be for it for all rapist regardless of victim’s age.

The problem with that is most of the men who have been falsely accused of crimes and released from prison based on DNA or evidence not handled properly have been convicted rapists. This also includes the women themselves who have identified the wrong person, especially if they are a different race. Unfortunately there are women who use the rape charge as a weapon. Those are very real reasons why that won't happen.

@Sticks48
It’s hard for me to imagine faking a rape, but yep there are sick people that would.

@StarvingArtist If they aren't going to kill or can't beat up someone who they feel wronged them, that is a weapon of revenge. I have asked a few women in my life, who would you rather have mad at you, a man or another woman? Everyone of them said a man. I asked why and they all said basically the same thing. Men will be very direct and up front if they are mad. Women on the other hand can be sneaky and work behind your back to get you. i can see that.

@Sticks48
I am sorry that is the experience you have had with women. Btw,, Where are you finding those women? I Personally haven’t known women like that.

You can include a link to this post in your posts and comments by including the text q:533235
Agnostic does not evaluate or guarantee the accuracy of any content. Read full disclaimer.