Should all drugs be legalized?

Should all drugs including marijuana, hashish, cocaine, and heroin be legalized?

Yes, tax them. Turn the taxed money around help those that want help. Give the money to schools help educate people more about addiction and the ramifications of drugs.

Yes. Legalize, tax, and regulate. This would drastically decrease the opioid epidemic, it would make the drug cartels almost powerless (since the end of prohibition finally crippled the influence of the mafia, which had risen to power in the 1920s as a result of prohibition), and we need to release and pardon all non-violent drug "offenders" (our prison population would dramatically decrease overnight, especially our minority prison population). Despite the fact that black people and white people use drugs at the same rate (with some studies indicating that white people use drugs at a slightly higher rate), black people are 40% more likely to be locked up for the same drug "crime".

In 2001, Portugal simply decriminalized all drugs, and their deaths from opioids have DRASTICALLY decreased, crime has gone down significantly, and the people who are addicted (I believe it's only about 10-15% of drug users who are actually addicts, according to neuroscientist Dr. Carl Hart, who specializes in drug addiction) can receive medical treatment instead of harsh punishment.

We obviously need to legalize, tax, and regulate marijuana (a substance FAR less dangerous than alcoholic beverages), since that would be such a huge boost to our economy and would create so many jobs. For harder drugs, we need to legalize, tax, and regulate them so people will be able to know their limits with them, just like most people who drink know their alcohol limits. This also kills the black market for drugs, in which a lot of people don't know what they're doing when they make the drugs. With regulated drugs, these would be drugs made by chemists and other scientists (i.e., people who actually know what they're doing); for instance, we would make certain that heroin isn't laced with phentanyl (the stuff in unregulated heroin that causes so many users to overdose and die). We obviously wouldn't have the flesh-eating drug krokodil or crystal meth being available.

And for the people who ARE addicted, we should treat the addiction like a medical issue and treat those people with compassion instead of punishment. Switzerland did harm reduction during their heroin epidemic in the 80s. In the FREE harm-reduction centers, heroin addicts were given warm showers, nice beds, safe injection rooms, clean needles, were supplied with regulated heroin of the highest quality, made by people who actually knew what they were doing, and had 24/7 medical supervision to help them out in case anything bad happened; and social workers helped them find housing and deal with other problems.

The results? A sharp drop in drug-related crimes, HIV rates have dropped drastically, deaths from heroin drug overdoses have gone down by 50%, 2/3 of the people who have received medical treatment and compassion have been able to have regular jobs after treatment, since they can actually focus on getting better instead of financing their addictions, and drug-related street sex work has dramatically decreased.

We've wasted over 1 TRILLION DOLLARS on our useless, disastrous War on Drugs, and we've locked up way too many people (particularly minorities) for things that shouldn't be crimes. More people use drugs now than they did before the War on Drugs had begun. The aforementioned methods employed by Portugal and Switzerland, along with what I'd do, are far cheaper, would make us more money, they treat people who need help with compassion and dignity, and they actually work, rather than creating more problems. Instead of bulldozing human rights and causing abject misery, we should move on to something far better.

*THESE VIDEOS ON LEGALIZING/DECRIMINALIZING DRUGS ARE AMAZING AND HIGHLY INFORMATIVE

Yes. Legalize them all. Treat the physically harmful ones like the heath issue they are, and shove your moral judgements.

I think all drugs should be decriminalized, as they did in Portugal, with such positive results.

Look at Portugal. I know it's a much much much smaller country, but still, it's food for thought. [mic.com]

Legalize and regulate all drugs.

Addendum: Everyone has probably heard that marijuana is legal in Colorado, but what you probably haven’t heard about is how the crime rates in that state have sharply increased, how child protective services has been swamped with cases and how graduation rates have plummeted.

You haven’t heard about those things because they didn’t happen.

Yes. And we need free addiction programs. But I'm all about Darwinism sorting stuff out

Darwin was wrong about the survival of the fittest. You survive if you either are in power or protected by it due to your servitude and the homage you pay to it, which is directly proportional to your ignorance. Bottom line, ignorance is the blessed way to survival.

Joke aside, at his time they did not have the means to prove his theory, but it became popular because of its social implications, it gave a scientific (and moral) support to colonialism. In an era of humanitarian views a scientific prove that other races and people were inferior, because of their technologically less advanced social development was a pretty handy tool to have.

Today, we have the technology to experimentally prove him right, so it has become highly unpopular because of its social implications.

But you are right about them being naturally eliminated by the harmful effects of their addiction.

Marijuana for sure. It is safer than alcohol and has health benefits. Legalize, tax, and regulate it. Furthermore, release all that are currently incarcerated for non- violent drug related offences.

I think the argument could be made that legalization would reduce the violence associated with the underground market. It would certainly reduce the number of prisoners incarcerated. Would be safer for users and lower the OD rate.Treatment for addicts would be more available and children would benefit most by having healthier more involved parents because use could be monitored by registry. Too many positives to discount this position

Decriminalized, at least. Not sure about legalizing fentanyl and some drugs known to be pretty much deadly. Then again, the way it is now sure isn't working. Treatment should be the option, not locking up people who are addicted.

Well, I heard Portugal is giving it a try.

That's been going on a few years the last report I read it was working out for the better.

Portugal and Switzerland have legalized all drugs. 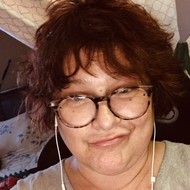 I think psychedelics and marijuana should be legalized, or at least decriminalized. I think cocaine and heroin should be decriminalized, and treated from harm reduction and public health perspectives. Portugal has done this, as I believe has Switzerland.

Yes and addiction treated as a mental health issue . Real marijuana cocaine and opium should be available to those that need it . The DEA should be disbanded and disgraced for all the hardship they have caused across the world, as well pharmaceutical companies should be prosecuted for their complicity in this war on drugs [the poor and average people]

Yes. I don't think drug use will increase as result either. They're will be less people imprisoned for drug crimes. I also think the drugs would be cleaner if distributed legally, thus resulting in fewer deaths. Just like with the repeal of prohibition crime revolving around drugs would dissipate...

considering the primary drawbacks to drug use are all in fact caused by them being criminal, I would think the answer obvious. What a willing adult chooses to do, that does not directly harm another is entirely their private business.

Use the word decriminalize

Decriminalized for users at a minimum Lots of education not propaganda,
and Weed should be legal for adults.

Well......maybe. I do not see any value of being a crack or heroin addict.......so maybe not these drugs. However, hallucinogenics (including MJ and Ecstasy), nitrous oxide, and relatively mild prescription pills like Valium and Adderal should be legalized. Plus, with legalization, we might be able to find some drugs that mimic the effects o crack and heroin that are not so addictive.

I think they should be, but if so, then they need to be highly regulated and heavily taxed (primarily to pay for rehab of addicts). Also, keep th legal age of use for mind altering substances to 21.

Make it all legal, easily available with same restrictions as tobacco and alcohol and supplied by manufacturers with guaranteed purity.

There will be an initial die off of Darwin Award candidates and then the rest will stop as it is no longer trendy. All the crime related to gaining money for next hit will be gone. All those shitty little bastard dealers destroying everyones neighbourhood will be gone. All the hellish places around the world controlled by viscious cartels will become better places to live.

Addicted people can be helped a lot easier.

You can include a link to this post in your posts and comments by including the text q:56308
Agnostic does not evaluate or guarantee the accuracy of any content. Read full disclaimer.