Do you think people who believe they are saved would be inclined to take more risks in this life? One guy who exemplifies this has the record for skiing off the highest cliff without a parachute and just landing in the powder. He gave all glory to God etc. etc. but most people I know that are highly religious are the opposite. They lead dull lives or at least they generally seem risk averse as a group.
Is there any correspondence between religion and risk taking? If I were convinced that the end of this life wasn’t the total end of my life would I take more risks myself? Logic says yes, observance says no. 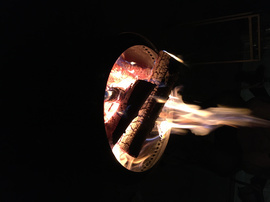 If correlated, it should be that religiosity, and belief in protection of a supposed omnipotent & omniscient being, will allow one to be less risk averse.
Also, that more risks could be taken, given that death permits access to the supposed heaven, a sought after destination.

I've never understood their objection to abortion (fast tracking to heaven without possibility of sin), or euthanasia (quick visit with priest for penitence, then off to heaven; bypassing the pain extended scenic route).

Not sure risk aversion is related to religion at all. Seems like a simple personality trait. Not everything in life is tied to religious beliefs.

More expensive risk taking sports and activities are probably 70% believers and 30% non-believers like the rest of the population.

In a movie "saved" people might be taking more risks but I'm sure it would have to do with the plot. This might lead to the star being "in a totally different place." Real life is really not like a movie even if you think it is. You live only in your own mind so you are the "star" but you also want to protect yourself.

One study from among several:

"First, we find strong confirmatory evidence that more religious people, as measured by church membership or attendance, are more risk averse with regard to financial risks.

"Second, we obtain some evidence that Protestants are more risk averse than Catholics in such tasks.

"Third, our data suggest that the link between risk aversion and religion is driven by social aspects of church membership, rather than by religious beliefs themselves."

Here's another - I never knew there was a Journal for the Scientific Study of Religion
[jstor.org]

I have two friends who are married to guy's who are not only religious but they cheat on them all the time. They believe they're basically forgiven by God every time they do it. These friends of mine have very low self-esteem and think they have some kind of prize by being married to these pieces of shit. I don't know what to think, just they're all really stupid.

You can include a link to this post in your posts and comments by including the text q:579279
Agnostic does not evaluate or guarantee the accuracy of any content. Read full disclaimer.