There is nothing that happens without a reason.

"Things" happen and we assign a reason. To the religious, if they can not identify a reason, it must be "God's will."

It would be better to say " cause " instead of reason.
Reason implies Gods reason and that doesn't necessarily mean it's about you. 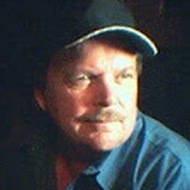 I'm sorry that the language has eroded so. Reason is a legal term also. There are reasons you get up and go to bed. There are all kinds of reasons for reason to be a fine word. And in my very narrow point of view, reason has nothing to do with god.

I think this was Einstein’s last revelation, I mean Marty Einstein my deceased friend from my old catholic school.The Academy of the Holy Morons in Queens NY.

Causality exists, so in that sense I agree, but people generally mean there's some predefined meaning or agency in how the universe unfolds, and I see no evidence to support that.

I know we don't know each other very well resserts backward, but I'm not a general people. I was just trying to pry into your head a little bit.

@AstralSmoke, I didn't think you were saying that's what you believe. I was just giving my perspective on what I think in regard to how I hear people use that phrase.

Ok, try this. Read it in a way that you believe it to be true.

Hmm… I'd say it's all about causality for me. There is a concrete reason everything happens, and nothing metaphysical about it. If I get into an accident, it might be because of road conditions or my mental state or some else's carelessness.

Casualty seems so casual. Do you not think intent is possible?

If there's intent, apart from our own actions, that seems to be the God question. In the broadest of ways, I accept that there's a possibility that something universally powerful, even a cosmic intelligence, exists, but until there's evidence for it, and some parameters, I think of it as a fun thought experiment but nothing I take very seriously. I lack belief in the concept and hold a de facto, Ockham's Razor approach to practical living until good evidence is available to the contrary.

There is no god question. Intent from another person that causes something to happen to you. I don't think its 100% random. I apologize for my stubbornness.

Thanks for the encouragement. (

I think nothing happens without a cause. We add the reasons after the fact to help give it meaning... which we legitimately need, and benefit from.

If we add reasons 'after the fact', how is that not embellishing?

Seems like it is, to me. But I can understand the human need for a little embellishment now and then.

By supernatural design- no.
By natural consequence - yes.

What sort of natural consequences are you referring to?

Someone drops a lit match in a forest. A forest fire erupts.
I don't see the reason as supernatural design, or a deity's "plan."
But I do see the cause and effect, the natural reason- someone was reckless with a match, and a consequence occurred.

The statement needs modification:
'There is nothing that happens without a cause.'

Maybe a cause and effect?

Again, that depends on your definition of "reason." When a program came on in which a clip of Ronald Reagan's 1980 campaign speech was played, for example, in which he asked me if I was doing better than I was four years previously, I was spinning my wheels in Louisville KY, working a dead-end grunt job with one useless masters degree under my belt and almost done with another. I had been applying for teaching jobs in the US to no avail and at the moment I heard Reagan ask me that, I was drunk and his question pissed me off. I threw a chair at the TV and broke it (last one I ever owned). When I sobered up, I decided to expand my job search overseas and vowed to take the first job I was offered.

As it turned out, that job was in South Korea. It could just as well have been in Saudi Arabia, Malaysia, Thailand, Japan, Colombia, or any number of other places I sent applications to. But that job turned my life around. It began a rewarding teaching career, and I ended up meeting the woman who would become my wife. We married and became a "teaching couple" and saw most of Asia and the Middle East during our careers.

Did it happen for a reason? Yes, in the respect that I happened to be watching a TV program that pissed me off enough that it goaded me into action. No, in the respect that I took the first job I was offered--that it happened to be in Korea was just random chaos. Further random chaos was that ten years after our stint in Asia, my died of cancer, with no history of cancer in her family (other than Uncle Bob, who smoked himself to death).

That's quite a story. Bravo for climbing out of your box! It's amazing what happens, the unexplained things when we change our environment. Unfortunately, I can't make my brain think infinitely small, but it amazes me as I think about all the movement that is happening all the time.

Sure, everything happens for a reason. It isn't a self-aware reason or a reason with intent--but mindless cause and effect.

I agree with you mostly. I've asked for advice from @Atheopagan about psychology and physics. Maybe he can clarify better.

Oh brother... Sometimes i think so for ( ME ). Then I think about the bad things that happen to people. Why would there be a reason for all that fire distroying homes in California. And this line of thinking going on and on. Given into reason means something is controlling our lives. Who knows. I can't say that there is an all powerful something controlling each and every one of us.

The fires are possibly caused by someone throwing a lit cigarette out of a car window. Why did that house burn and that one didn't? The dynamics of fire, wind, and fuel. Things we have measured before or don't know to measure. I'm a little disappointed with you boys. Why would I an atheist on an agnostic site want to talk about anything but what is real?

Maybe I am a fatalist

Is the sky falling?

Not the last time I looked

Everything that happens, happened.

I live by that! Action= Reaction

everything happens for a reason.

A man of few words.

what else was there to say?

That has been my theory of life. My daughter's three month premature birth was excrutiating. She fit in the palm of my hand literally. Watching her fight for life in an glass enclosed isolette in Albany Medical Center was tough on me and my ex. When she was released from ICU she came home on a bradycardia and apnea monitor. Watching her turn one years old at a tiny 10 lbs we had hopes she would be able to sit and do the things a "normal" baby would. I asked the pediatric specialist if she had cerebral palsy and he confirmed her diagnosis. I believe everything happened for a reason.

Yes things happen for a reason. 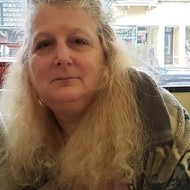 Thanks for sharing your story here. That was quite the ride for you and your family.

If I hadn't taken that stance I could have been overwhelmed and ended up in a psych ward. I also took the same attitude with my cancer. I am being handed this because I can take it.

Yes, everything happens for a reason. And that reason is physics and/or psychology. There is no "cosmic plan".

Can you apply Newton's Third Law to psychology? This is a real question. I was trying to think of a good reply to @Dav87.

I have to disagree. What reason is there behind earthquakes, tsunamis, famine, plague, etc.

@AstralSmoke those are causes not reasons

"Every action has an equal and opposite reaction"

@Astralsmoke applying physical law to psychology is a foreign subject to me. However I know there are predictable patterns of thought based on past experiences, in fact I personally believe that all the computer that is our brain is, and what makes us all unique is the fact that we all base our actions towards every aspect of our lives on our past experiences and you could argue others experiences that we are aware of. This is what I believe to be the "cause" or "reason" for psychological decisions.

Well, me as well. But I find myself wondering how the two intertwine. If they don't, then we are on the wrong search track, or maybe we just haven't reached the junction yet. And to carry your brain=computer theory a little further. Every brain is wired a little bit differently from the others and our experiences continue wiring it more differently or what we perceive as more similarly to our environment as we develop, possibly to our deaths. And I don't define 'cause' and 'reason' as necessarily having the same meaning.

You can include a link to this post in your posts and comments by including the text 'q:7181'.
Agnostic does not evaluate or guarantee the accuracy of any content read full disclaimer.