How many people out there would love to see a reality series of what life i would be like if people follow the word and punishments of the Bible exactly as they have been written.

They could get a harikrishna host. Give it a title like Fire and Brimstone. Would be a good place for an add about those shoes that you can walk on water with. A snake eating an apple could be the logo. Get t-shirts and cut holes in them and sell them in the gift shop as holly t-shirts.

There is a book detailing the author putting into practice as many legal non-violent instructions found in the King James AND Torah. ...hundreds of other instructions were not followed such as unsafe abortions Amos 1:11 Second Kings 8:12 HOSEA 13:16 SECOND KINGS 15:16 " rip open the bellies of pregnant women dash the little ones against the stones LET NOT ANYONE LIVE but KEEP THE VIRGINS for yourselves "

Say goodbye to shrimp and combination of fabrics in your clothes. Oh, and stoning people to death would be hard since you don't see rocks around your suburban neighborhood unless you're in AZ 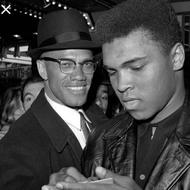 I think it should start with this one about the Bible's The Bald Avenger, from the thinking atheist:

Or a Stephen king book /movie ..

Oh my! that would be terrifying!

And probably a best seller....

I really don't like reality TV in general. Such shows tend to exploit the worst aspects of human nature and call it entertainment. Also, the conflicts in the shows are staged and can't be classified as "real" at all.

I have studied a lot about writing and, for me, continuity is a really big deal. The Bible has a lto of continuity problems, and deciding which parts of the bible to follow when there are contradictions would seem arbitrary to me. Of course it might make for a natural conflict as factions arise out of which interpretation or which contradictory doctrines are to be followed.

I'd be more interested in a reality series where different part of the bible were disproven through archeology, geology and preserved actual historical records.

I like horror movies, but even that’s too much for me.

It would be great, however all the characters would be dead within a week so it would be a very short series!

You can include a link to this post in your posts and comments by including the text q:9521
Agnostic does not evaluate or guarantee the accuracy of any content. Read full disclaimer.