Well, hell. Except for the partying and constantly looking for someone else bits this is pretty much me all over. Anyone else?

I am definitely the relationship type. Sometimes I wish I liked being alone but I prefer intimacy with someone in a committed relationship. Living together, supporting and loving another person fulfills me.

Not everyone needs or wants a serious relationship, & sometimes it's a phase & sometimes it's part of one's character. Everyone is different & the big thing is to be honest, first, with oneself, & then to potential dates/lovers.

I am the relationship type but I also enjoy my "me" time. Nothing wrong with that ? 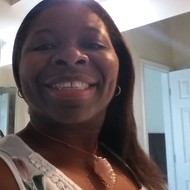 Relationships imply "monopoly"
If you find a like-minded person with whom you wish to raise children, then enter into a relationship by all means - but NEVER simply because your friends have them and you feel left out.
And even in a relationship, strong tolerances of each other's foibles are essential.

Not really me except for the first 2. That's apparently enough to keep me single, though. Based on my experience on dating sites and personally in my late 20s/early 30s, I think I'd have a much easier time finding a date if I was a party girl open to casual sex, not looking for a commitment. When I ended a long term relationship in my late 20s, I started going out a lot, clubbing, dancing, drinking, and was very open to casual sex experiences. I had a lot of dates, stupidly got myself in a lot of slightly dangerous situations, but I thought it would lead to another long term relationship. It didn't, just mostly a lot of short term dating, but fortunately I came out of it safe, relatively unscathed, and STI-free. Now that I don't do those things any more, I can't even get a date.

@BigBoMclain I know you're joking, but having meaningful, lasting relationships with others does change us for the better. I know it's done so for me when I've had them. I don't get those things when I'm just seeking quick and easy fun with no commitments.

I am my priority, and I'm ok hanging out alone. Gotta be, it is my life. However the rest of them are a big no. Don't do casual sex, don't party, I'm not looking, however not afraid of commitment, I don't want marriage just a long term shack up, and I'm ready.

Casual sex is definitely not my thing, so I'm probably the relationship type. :/

No I live a pretty quiet life gardening, handicrafts, beachcombing, & picking up litter - I rather like to be alone - though I am in a relationship its a loose one (Not Morally & we arent on the market for other partners) Just private people who come together for fun and it seems to work well for us not seeing each other all the time.

I have something like that. It works for me. Nice to know I'm not alone.

I relate to more than I thought. (7 out of 8) So that explains everything.

The other day I had a bbq with my two best friends and their husband and boyfriend. It was lovely, but it got me thinking that I am perfectly fine alone. I don't party or have casual sex or fear marriage, but I just don't really need a significant other. There is too much I'm dealing with in my life to need to worry about another person.

#6 was pretty predominant for a while, but not anymore. The others don't apply. I think I just wasn't ready for a long time.

I don’t have a regular clique to hang out with. Much of what I do is solitary. I’m not the partying type. Guess one thing that is different is that I don’t mind as much going alone to see a friend at a play.

Things that generally cost money for entertainment I tend to not do unless I have someone with me.

Pets help a little with the lack of regular social bonding. About 90-95 percent of people in my life are out of sight, out of mind. When I become the only one in the relationship who engages, motivation to be social comes at a minimum.

I thought maybe I was just unappealing, now I know

Lol. Your only problem is you're too far away!

..started reading, but it brought up so many thoughts I stopped.. Which may be ‘my problem,’ been-there-done-that… What I’ve not done, until now, is live alone. After a longtime marriage followed by a fuckedup affair, seems I was scrambling to find both a home and a partner ..if not in that order.

With a home, I’ve spent the last couple years on the partner hunt ..in a small but active community. Not willing to simply settler for who’s available, I’ve become amazingly comfortable alone. And when analyzing relationships around me, or envisioning what one would ‘be like’ with another … the zero to 60 aspect feels too dangerous to chance

My belief is that marriage is not for everyone, particularly with questions about monogamy in this country. In saying that, I notice I visit friends with kids, and particularly babies, presumably as I have none I guess. My choice was cars and music, so 'mea culpa' applies.

In any relationship(loose, or married) you need a certain alone time,to pursue hobbies,to know your significant other(wife,husband,girlfriend,lover) is nearby, but just doing things you enjoy by yourself I believe helps the relationship.

I never felt that I needed a reason.

Ditto 1&2....3-8 are shallow avoidance of a nurturing partnership

Yeah not me, wish it was sometimes but I’m sure my luck at finding casual sex would closely resemble my luck at finding a committed relationship, which is non existent. I suppose it doesn’t matter which you’re looking for when it’s averaging a decade between finding either.

Well, I do hang out alone out of necessity. Causal is a thing that happens only in the movies, at least for me. Maybe I should be the one going the extra mile trying to get it but, well there have been times when I have felt adventurous and long story short, it didn't progress as expected, let's leave it at that. Would I love a one night stand every weekend? I am not going to say yes because that would be a dull flat lie, the right answer is YOU BET YOUR LIFE IT IS A HELL YEEEEES and yet, I still cannot figure out for the life of me what do I do wrong. Last night, only last one as one example for crying out loud.... out to a bar close home, nice old goodies type of band, mellow music so it's not loud and its nice to have a conversation. The lady sitting next to me starts the conversation, we are both about the same age so compatibility should be ok, right?... and I tag along politely because (so I thought) the husband is sitting next to her. Later on, the guy leaves so he wasn't the hubby. At certain point she starts talking into her phone out loud recording messages or something. Then, she paid her bill and leaves without a word. did she even bother to start talking to me and pretend she was having fun for about an hour, that's beyond me. Good thing is, this stuff does not bring me down anymore. Still puzzles me though. Happens all the time. Am I not the dating type? I have no clue. Am I the greatest catch of all times, heck no and I understand that. However, in this particular one example, a simple "It was nice talking to you" would've been nice.

@Louise1920 agree...it has been a slow learning process for me. I'll get there. Thx

You can include a link to this post in your posts and comments by including the text q:97855
Agnostic does not evaluate or guarantee the accuracy of any content. Read full disclaimer.