More than 6 milion human being die every year becuase of hanger and starvation, the world has always been silent and calm about it, it always was like nothing is happening, Covid 19 in 2020 has caused 900 thousands deaths so far, mostly elders and people with side sickness, but it shocked the whole world like a gaint earthquak and destroyed everything, milions of people got unemployed globaly and caused a massive economic downturn, why?
Why the reactions towards the cause of death is different? Is it because Covid 19 does not discriminate?
More than 17 milion people die every year because of cardiac disease, mostly those who can't afford pricy treatment, no one cares no impact on businesses and no excuse for corporates to deduct the salaries of workers and employees, nothing.
If you are saying because its infectios, i woild like to say that more than 900 thousands people die because of influenza every year, 80000 people died in one year in the USA let alone the whole world, in lots of counties recording and counting of deaths never take place, I would like to read your opinions.

Hunger/starvation are often caused by political factors which can be difficult to circumvent. And though there's plenty of food in the world, logistics is a major barrier. The cost of safely transporting the food many thousands of miles is expensive. Then it has to be distributed to the people who need it while guarding it from people who would take it for themselves.

And actually the estimated influenza deaths are a bit lower. At most, around 650,000 deaths.

The U.S. has about 34,000 flu deaths each year, though I would guess that many of those are elderly or people who did not get proper medical care. There have not been 80,000 flu deaths in the U.S. anytime recent.

I'm not really sure what type of response you're looking for. People die all over the world for a wide variety of reasons. Some are preventable but many are not. 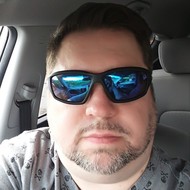 Those that be decided that the world economies needed to be sent on strike so that the burden of starvation & hunger would be spread more equitably and the concepts of communism more readily inculcated.
That the god faithful would be particularly decimated pursuing their illogical beliefs was an added bonus. That billionaires would be given billions in people's money by corrupt governments was further used to create belief in communism.