According to a Sunday The New York Times report, President Donald Trump paid no federal income taxes at all in 10 of the past 15 years, while paying only $750 in years 2016 and 2017.

Of course, Trump is claiming this is nothing more than fake news. Hell, no kidding? Well then, it’s a damn shame there isn’t some sort of form or document Trump could release, that would prove beyond a shadow of a doubt the NY Times story is bogus. You know, a document that would conclusively show Trump paid his fair share in taxes, just like the rest of us - but apparently, documents like that don’t even exist.

So, my-oh-my! To think this poor Trump fellow made so damn little money, that he only had a $750 tax liability? Why, that must make him just about one the lowest-paid wage earners employed over at Mar-a-Lago. 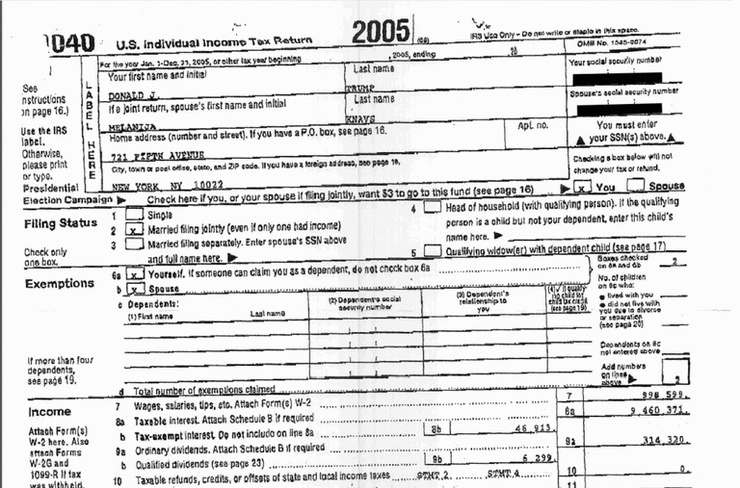 It's disgraceful that in the US, a president or presidential candidate can blatantly dodge paying their fair share of taxes while in Europe being labeled a tax dodger would be political death. Too many Americans seem to envy tax dodging pols rather than scorn them as pariahs. Much of the blame begins with Reagan who taught Americans to scorn government and taxes.

Sounds like this is the DNC surprise that they hope will swing the election for Biden, but I think his debate performances will have the opposite effect when they see how demented Biden is. People will be scared to vote for him if he comes off as confused and feeble as I expect him to. The other thing is that, if anything, this tax scandal will swing some voters in Trump's favor as many Americans admire tax dodging. Reminds me of how one boss I worked for who seemed like a Repub on everything else said during Clinton's impeachment that he supported Clinton then because he admired a man his age being able to cheat on his wife and get oral sex from a young woman. You can never underestimate the perverse nature of some people's political compass.

Not surprisingly, I hated that boss and he bullied me at every opportunity. Felt a lot of glee years later when I heard he died of a heart attack, seeing that he was also a fat slob for many years. I also learned years before his death that his parents had turned their back on him after his mistreating them as well over the years. In this case, the wicked got what they deserved.