Right Wing Watch reports that Mississippi First Harvest Ministries’ Pastor Shane Vaughn told his flock this week that when philanthropist George Soros offered scholarships to Black students in South Africa during the Apartheid era, it ruined a “wonderful nation” by removing its culture, its traditions, its rule of law, as well as the basic foundations of society - turning the races against one another and creating an open society.

Gee, sounds like all that book-learn’n is really dangerous stuff. Who knew that educating young people was such a terrible affront to God? Good thing Pastor Vaughn is there to inform us about what a wonderful place apartheid South Africa really was. And, I’m sure it was pretty a nice setup, but the question is - for whom? I mean, hard to imagine anyone complaining about the fact that roughly 9% of the population were enslaving the other 91%? Especially, when you’re from the group doing the enslaving.

Also, funny how guys like Pastor Vaughn always seem to act like traditions are always good things. Well then, what about that old Catholic clergy tradition of burning Protestant heretics at the stake? Of course, I’m sure Pastor Vaughn will argue that Protestant steaks are just as good as Catholic steaks, but it doesn’t really matter - because to those Catholic clerics, they’re all “guilty as charred.”

Now, my guess is that those folks who cry “George Soros” all the time, are the very same folks who were petrified to death over those scary monsters hiding under their beds as children. These are folks who still sleep with the night light on. Ah, but not to worry, because as I’m sure esteemed Congresswoman Marjorie Taylor Greene would be quick to tell you -these scary monsters are nothing that a good old-fashioned “Jewish Space Laser” can’t handle. 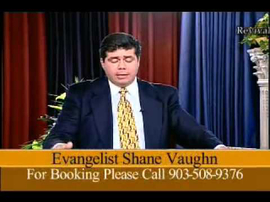 It was Mississippi which is all you need to know

Isn't that the truth!