Wyoming has always had either the highest, or nearly the highest suicide rate in the country, so HB 62 was introduced to include suicide prevention instruction in a health and safety program. Unfortunately, the bill was ultimately voted down by Republican lawmakers such as State Rep. John Bear - whose own son died of suicide more than a decade ago - because he contends that teaching kids about suicide prevention is useless given that evolution is also taught in public schools - therefore, there’s no point in trying to teach kids that their life has any meaning.

Oh, now I get it - Rep. Bear is trying his best to warn us that “guns don’t kill, evolutionary biology classes do!” And, while some may laugh, I actually do see his point. After all, who can deny that the graveyards around some of our nation’s most prestigious universities are littered with the graves of despondent former biology students who just couldn’t take it anymore?

Now, if I’m understanding Rep. John Bear’s line of logic correctly, what he’s implying here is that if we weren’t teaching students about things like gravity - then why the hell would anyone ever wanna try and jump out of a window? Never mind that evolution doesn’t say anything about human life being “worthless.” In fact, evolution doesn’t make any value judgments at all.

On the other hand, evangelicals are taught that we’re all miserable, worthless, hopeless sinners at birth, with no value whatsoever unless we surrender to the wishes of a God, who is determined to condemn everyone who doesn’t believe exactly what those evangelicals believe - to eternal hell and damnation. Now, that’s some really upbeat, positive shit - if you ask me.

So, now Rep. Bear has decided he’s gonna deny any despondent Wyoming students suicide prevention help, just so he can make a political point about teaching evolution in schools. And, while I’m aware evolution doesn’t make value judgments - I can. Fact is, I think this puts Rep. Bear just below earthworms on the evolutionary scale, only earthworms are much more “down-to-earth.” 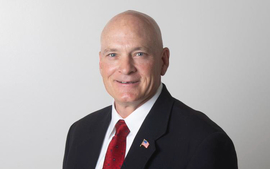 Desperately try to convince himself that he being a total prick had nothing to do with his own child's suicide.

Who knew that access to guns, isolation and no access to mental healthcare would give you the suicide belt?

Much of the Mountain West struggles with the same issue: Montana is fourth, Idaho fifth, Colorado sixth, Nevada eighth and Utah ninth. If you count New Mexico and Alaska, which the suicidology association said was in the same group as those Western states, then the West accounts for eight of the nine states with the highest suicide rates. Mountain West has been called “the suicide belt.”

classic cut your nose off to spite your face logic