Gina Peddy, the Carroll School District's executive director of curriculum and instruction in Southlakem, Texas, is under fire for advising teachers to present "opposing" viewpoints if they're going to provide books teaching their students about the Holocaust. This directive came after Texas passed a law intended to counter “Critical Race Theory,” by banning the teaching of concepts that could make individuals feel guilt or anguish due to their race.

Teach the “good points about the Holocaust?” Sure, why not? But why stop there? Hell, we may as well also teach students the “good points” about cancer, heart disease, the Fukushima tsunami, and the benefits of LA traffic during rush hour - while we’re at it. Now, in that spirit, I’m certain Republicans would have no issue when students “pledge allegiance,” if they pledged allegiance to the flags of both the United States and the People's Republic of China, just so kids fully grasp the opposing points of view.

But I get it. Hell, Texas Republicans wanna make sure no white child has to grow up feeling any shame over their parent’s latent white supremacist, neo-Nazi sympathies, so they’ve mandated that children should also be taught about “the good aspects of gassing and burning millions of Jews, Gypsies, homosexuals, intellectuals, and leftists.” Who could find fault with that? I mean, it wasn’t like it was unexpected. After all, first Republicans tried to convince us slavery wasn’t really all that bad - and now they’ve just extended that analysis to the Holocaust.

The thing is - before Texas Republicans took action, who even dreamed teaching about the Holocaust could be considered controversial? To whom? But, then again - this is Texas. Anyone curious what a so-called “Holocaust opposing viewpoint” might look like? Well, “Mein Kampf” comes to mind. In fact, I’m sure in no time, book distributors will be scratching their heads and asking “Wonder why we’re getting all these huge orders for Mein Kampf from the Texas Board of Education?”

So, it appears that in Texas, Republicans want to ensure that children will be exposed to both the truth AND revisionist lies - just so no one is offended. Well, let’s be honest here. The way I see it, it doesn’t take a genius, or an extensive background in World War II history, to figure out that the only folks who might possibly hold an “opposing view” to teaching that the Holocaust was one of the most horrific atrocities in human history - would be those who’d love to see it repeated.

*If you’ve enjoyed what you’ve just read, then please consider joining me at 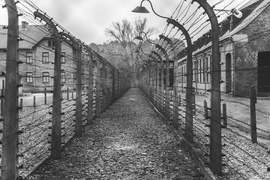 Rethuglican cancel the truth culture...it's what they do..

WTF but it's Texas, home of racism

I know that this is satire, but it is way too close to the truth. This was an example of what happens when legislation is allowed to be developed in a one party legislature without robust public debate. 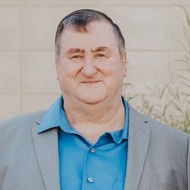 This IS the truth, my friend. The first paragraph of all my post are the actual news story, anything below that is satirical my take on it. This is more than the truth, this is FASCISM - pure and simple.