Rep. Lauren Boebert Says You Should Be 21 Before You Can Come Out as LGBTQ

US Representative and QAnon conspiracy theorist Lauren Boebert (R-Co) stirred up quite a bit of controversy when she posted to Twitter “We require people to be 21 to purchase alcohol beverages, and 21 to purchase tobacco products,” therefore Americans should have to be at least 21-years-old before they can come out as LGBTQ, adding - especially as transgender.

Says the person who married a guy convicted of exposing himself to minors! I guess Boebert is of the belief that “sex education belongs in the bowling alley, NOT assigned in the classroom!” I mean, seriously - if age were really an indicator of reaching sexual maturity, would that 24-year-old boyfriend you eventually married have exposed his penis to you and your underage girlfriends at a bowling alley? Asking for a friend.

Funny thing about Republicans and “sexual maturity,” because a bill now making its way through the Republican Tennessee state legislature would establish a common-law marriage between “one man” and “one woman,” but would also eliminate any “age requirements” for marriage. Why, that sounds like a law even Roman Polanski could get behind.

Then, of course, there’s always that pesky question regarding “at what age should we allow gun ownership?” Turns out Rep. Boebert was a really generous mom last year, and gave all her young sons assault weapons for Christmas. But we get the idea. Seems Rep. Boebert is totally fine with a teen or preteen pulling a gun on someone, just as long as they do it within their assigned gender’s “socially-acceptable bathroom.” 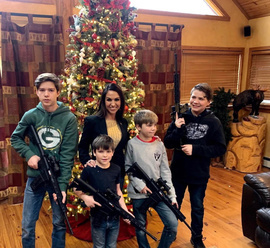 PEOPLE VOTED FOR THIS PERSON?
Lots of people
Just think about that. 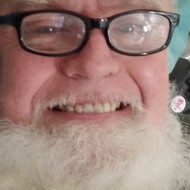 Hope that Colorado district gets its shit together and kicks this dense bitch out of our Government!!

Bet her Prince of Peace's Birthday celebration went off with a bang.