Only three days after a gunman in Uvalde, Texas, unleashed the deadliest attack on an American elementary school since the Sandy Hook massacre in 2012, Texas Gov. Greg Abbott, Donald Trump, and Texas Senator Ted Cruz are all busy making plans to be featured paid speakers at the NRA's annual meeting in Houston, Texas this week.

Now, I was checking out the conservative media response to this tragedy, and according to Fox News “analysts” - the reason this shooting occurred was that the fence around the school just wasn’t high enough. Who knew? Anyway, their solution is put armed guards in all the classrooms. Terrific! That means on top of everything else, parents will then have a group of underpaid, gun-toting meatheads to worry about. Gee, wonder who’ll stop them, if one of these “armed guards” decides to go ballistic?

Meanwhile, another Fox News “analyst” suggested that schools need to forget about getting kids useless things like art supplies and physical education equipment, and think about purchasing bulletproof blankets for every classroom. Perfect! Gee whiz, what a fun classroom environment that’ll make for the kiddies! Hell, forget the bulletproof blankets, this sounds like a perfect business opportunity for Trump’s old pal Mike Lindell to come out with a bulletproof version of his MyPillow.

The fact is, Republicans, with their pockets lined full of NRA cash, will continue to just dance around the issue, like their advocacy of armed guards, which puts even more guns into play. Which is interesting, because if memory serves me correctly, the very first person killed in Buffalo last week - was the armed guard. Now the question remains, how long before these soulless Republicans start telling parents “Don’t become so attached to these kids. Hell, you can always have more kids.” 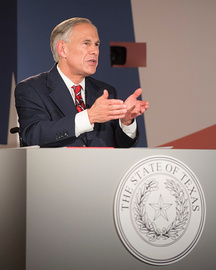