The political action committee “American Muckrakers PAC,” the same organization that published those career-ending videos of Madison Cawthorn, now claims they’ve discovered that Colorado Republican Rep. Lauren Boebert used to be an "unlicensed, paid escort" who met with wealthy clients through the website SugarDaddyMeet.com, and that her escort work also allegedly resulted in her having two abortions. They further claim that text messages also indicate she was bankrupt at the time and looking for some “side income” - labeling her escort work “pay to play.” One client was allegedly a Koch family member who introduced her to Ted Cruz, who later encouraged her to run for political office and who donated at least $136,250.00 to the Boebert Congressional Campaign.

Now, these are just allegations and naturally, Boebert is claiming they are all lies. In fact, she recently indicated to Fox News that she may decide to sue. Well, as they say, “Go ahead and sue” - because even if these particular allegations aren’t true, discovery should still prove to be extremely interesting.

It’s also interesting how she brings up “defamation.” Especially, when you consider Boebert is someone who constantly promotes innuendo and false statements about others, all the while knowing they’ve been completely fabricated. I mean, “defamation” has been basically a way of life for Boebert. Seems Boebert’s philosophy can be reduced to simply - “it’s defamation for me, but not for thee!”

Now, the implication of this story is that her career finally took off after she had sex with Ted Cruz as a paid escort. Well, if that’s true, we can only hope those sheets were safely burned in an “industrial-grade incinerator.” Of course, Republicans say the allegations are all nonsense, and that Boebert’s life is simply a heartwarming story of how she rose from humble beginnings, to become the wonderful, compassionate person she is today.

Anyway, some liberals are saying that if she really did work for an escort service, that proves she is nothing but a “hypocritical whore,” but let’s remember that Lauren Boebert is also a “Born Again Christian” who regularly quotes from the Bible, so perhaps the term "harlot" might be a much better choice of terms than “whore.” 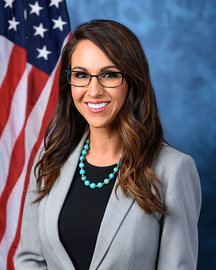 It's supposed to be The Republicans resorting to character assassination and dirty tricks. Rumors allegations and gossip, true or false ,are no good basis for choosing a candidate. When Republicans are the weasels at work it make me sick. When Democrats indulge it breaks my heart. I believe there is a fundamental difference between the two parties and some say I am naive to believe that. Well I'm choosing my candidates based on the issues important to me. I have no idea what circumstances she faced when she did or, for all we know, didn't do in her past. But one thing I know for sure. If she had to fuck Ted Cruze she has my sympathy, not my vote, but sympathy for sure. Also, if her opponent is talking about it they will get neither.

Bravo! Excellent writing about this “harlot”!

Thanks for your kind words.

If these allegations turn out to be true, why am I not surprised to hear them?