We rely on members to let us know when posts contain content that violiate the community guidelines. The most common reason that content gets flagged is that it contains dehumanizing or trolling/baiting text. Getting too many flagged posts will result in account termination.
3 4

I was sifting through old FB posts and found this one about the definition of socialism. (I might have posted it on this site, maybe not, I don’t remember half of what I post.) Anyway does it sound feasible? [thebalance.com]

(That motivates them to work long hours if they want to receive more.)

Some well known theorist on socialism might argue that is incorrect. One of the benefits to a fair means of production is towards not over working the worker. More time with and building a family, properly. While also being able to afford the products of society and live somewhat modestly throughout a life span. Competition, greed, and status towards riches unnecessary.

(Everyone works at what one is best at and what one enjoys. If society needs jobs to be done that no one wants, it offers higher compensation to make it worthwhile.)

This one kind of pulls a nerve of mine also. While I'm going on a worldwide scale, our situation at the border may answer this one. We have people who want to do the work but are being terrorized in so wanting to get here to do it. OR, as they are here doing it. Some prevented from going back and forth to be with their families.

On another note. Jobs involving higher education. In some of the European countries as students reach a certain grade level they begin litmus evaluations to determine if a student has signs of advancing into higher education. In which steps can be taken to start preparing that stage at an earlier time. Highly expanding job fulfillment in many areas we here in the US have a hard time filling. I might also argue that would vastly cut the rate of youth drug use here. If one is prepared for a slightly more successful career earlier in life and occupied with a self interest of deep emotion, would this not be a benefit to society?

Disadvantages? Competition? That is a primal nature to some. Work it out in the work force. Join a dam sport.

I think most would find themselves more comfortable in a socialized society after some time. The whole process of being a democratic socialist society is the ability to vote out politicians who want to rock the boat. Take a look down south of us and over at Europe. People actually have the balls in these places to go out and protest. Or Venezuela where they are out in giant assembly to support their president. Yesterdays opposition protest were a mere few hundred and dying off quickly. Where Maduro supporters fill the streets. South of us they are protesting right wing fascist governments, as in Europe, both protesting moves towards austerity.

Quite an interesting article. And well put together. Everyone has their own opinion on socialism, some due to false rhetoric and and lack of information. But I think the bottom line is most of us want basically close to the same type of society. We just need to get over the hump that illusion has many trapped in. 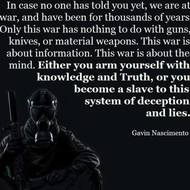 Yes, I don't see how anyone could object to the type of society outlined in the article - well not normal people, anyway. Some people would have to be dragged kicking and screaming from their mansions and vacation homes and collection of cars and their yachts, etc. Unfortunately those people own us and, somehow, have successfully brainwashed the majority of the population that our current system is the most desirable one. Funny how easy it is to brainwash people.

At one time, at the dawn of the 20th century, people who had had enough unionized and made some significant changes: elimination of child labor, the 40 hour work week (which seems to be becoming undone) and employer-paid health insurance (they're finding ways around us too). I know Reagan succeeded in union-busting, the creep, and nothing's been the same. Americans are broken. I wish we had the spirit people in some other countries seem to have.

Different meaning in Australia. Only applies to essential services eg national parks, power, transport, communication, medical, education, treasury and water. Everything else up for capitalist competition.
We were fairly close to the ideal, until they started privatising everything, austerity. As far as I'm concerned they sold the crown jewels, all built and funded by taxpayer money. Was supposed to increase competition, drive down prices and increase efficiency. What a cruel joke that turned out to be.

Sounds like Australia is taking notes from the U.S.

@Closeted more the UK which copped it worse than us.

@powder What is it with English-speaking countries?

One of the main ideas in socialism is the change from private ownership of the means of production to shared ownership. I believe it works well in some instances and co-ops are a good example. One of the real disadvantages in socialism was the idea of equality of outcome (reward) within these shared businesses. The same wage for different types of labour stunted innovation and morale. It also lowered standards in every type of business, manufacturing or service industry. I'm convinced capitalism supplies the incentive to improve but who knows, maybe the co-ops operating these days believe in rewarding different levels of input with different outcomes.

Well said. I believe the original socialism mantra was "...to each according to his need," which is quite different from "...according to his contribution," and as you point out, raises the problem of motivation and lowering the bar.
Personally, I want a hefty social safety net to care for all according to need, but not an attempt to wipe out indivual reward for hard work and innovation. Capitalism with socialist safeguards for society.

@MikeInBatonRouge, @brentan, yes, as the article says, socialism assumes human nature is more cooperative and altruistic than it is. Not that there's anything wrong with wanting to be rewarded for innovation. That's something that would have to be ironed out.

@MikeInBatonRouge I agree. Given human nature, regulated capitalism coupled with socialization of the basic human needs (access to medical care, housing, food, etc., along with protection of the environmental "commons" ) is the most workable and universally beneficial system.

@Marmion thanks for the clarification. It doesn't seem account for any sense of social safety net, ...the "need" idea.