We rely on members to let us know when posts contain content that violiate the community guidelines. The most common reason that content gets flagged is that it contains dehumanizing or trolling/baiting text. Getting too many flagged posts will result in account termination.
Visit Group Join Group
10 3

Sure we are the richest nation on earth and not a third world country, not the USA. The United Nations did this recently: they send people to countries to find the poor people and how they are treated, so they decided to go to, wait for it: SKID ROW IN LOS ANGELOS(LA, CITY OF ANGELS, SURE DARK ONES)! Skid Row has been there, like forever, my parents were there in early 1950's and mother said she could not believe how many homeless people she saw and she hailed from South Carolina, and they decided not to stay! So, the UN did an expose of Skid Row and how much it has grown due to homelessness and poverty in the richest country in the world. I am sure you can find it, google or facebook, the keepers of all knowledge and PC police. What do you think about that, do believe it was an "up yours" but I already knew about it, I grew up in Appalachia!!! 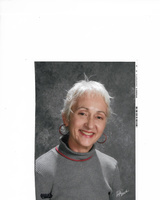 Dadblast it,have to do another post! Now my exact numbers may be off by a few million: 15 families have the wealth of all of Asia, Africa, India, China and Europe, estimated at about, give a few billion here and there, aka our national debt! It is over 15 trillion dollars, 15 families!! So Justin, I know and you are absolutely telling the truth, not just for you but anybody that has been around them! My brothers invented the greatest thing ever, and you have seen it, it may save the planet for a bit, but this is what happened: my brother was out running one day, our parents businesses, included laying drain lines and that takes a lot of rocks and wheel barrels, so he had a lot of practice and then Eureka, he found the solution and man was it a great idea and they sold it for 10's of millions of dollars, which one would think was great and it was for a bit, until the great CAVEAT: it is ok to have money but never love it, guess what, they started to love it and forgot they did not do it without a lot of help and thus became one of those kind of people! They even cheated their parents who paid for all of it and as for me, too bad for you!! So I no longer associate with them cause rich people have a lot of friends, rich ones only and I am not rich and rich people always have friends but they are rich friends only and if you lose your money then you will not have those friends again, you just became some more good for nothins they have to see and deal with since they cannot do anything except spend money!! They require our help, esp with their children, however no doubt about it, their kids will get into the best schools, man this new thing with little MISS GOODY GOODY TWO SHOES and other associates in not new, good grief, this has always gone on, man do we suffer from long and short term memory lost, so do not blame short term memory lost on pot as they so like to do, I only have short term memory lost for as long as the effects last, then it is back to no memory lost at all dang it, then have to start all over again and it is not cheap!! Going broke so I can have some memory lost!!! NOW DO NOT GET MAD AT ME THE DEVIL MADE ME DO IT!!!

A recent study from M.I.T. Found that 80% of Americans live in "Third World" conditions.

It isn't even surprising when you get to see how most of the super wealthy live. I'm a landscaper and i do work for LOTS of these people every day, and most of what i see is kind of disgusting. These people care for nothing but their own extravagance. They wake up every day and drive a $100,000 car down a $120,000 drive way that leads up to a $1,000,000 dollar house and then exit said driveway onto a street that hasn't seen maintenance in years so that they can go vote for the city to NOT increase their taxes to fix roads later that same year. I get tips from MAYBE 5% of them at BEST, most of them don't want to bother looking at me or talking to me, much less acknowledging me as a fellow human being. They keep as much for themselves and give as little back as possible. This mindset is a capitalist disease that needs to be dealt with; how can we expect our nation to grow or flourish when all of the most powerful people want nothing to do with anything that benefits anyone but themselves? Allowing this and the consolidation of wealth that feeds it to continue unchecked will undoubtedly lead to a disastrous unbalancing of our economy and social structure at some point in the future.

hey, they do not count all of us!!! lets move that number 3 to Fourth World Conditions,we really need to update our stats and historical data base! WE IS ALL IN THE POOR HOUSE NOW!!!

Talk about Seattle, saw that happen, have you seen what happened in Denver, CO., I live in Western North Carolina and let me tell you about Appalachia, let me tell you about the Navajo reservation, was there in 70's, 90's, and today, have you seen the reservations, I was going to visit someone that lives here in the back and beyond and I was horrified, it looked worst than the Navajo reservation, and that was beyond belief, so all we have to do is look in our backyards! This is not due to being lazy, drinking,and maybe some people should stop drinking the KOOL-AID FLAVOR OF THE DAY! We do work, we are not lazy, it is GREED, GREED AND NOTHING ELSE BUT GREED!! Do not hate the Bible, if you are truly an agnostic(or atheist esp.) then you would want to read it and know it and understand it, someone better, it does state every thing humans are capable of, as in "it is the wicked that prosper", and it is ok to have money, the caveat: DO NOT LOVE IT! There is a saying: when they came for my jewish friends I was not there, when they came for my neighbor I was not there and when they came for me there was no one to come for me. I have been homeless and I am educated and I have one hyper Type A get things done person and I have been homeless 3 times, so it can happen to anybody, as in if they come for your neighbor be there for them, cause you can bet, you will be next! Put on a BRAVEHEART AND SHOW UP! We are all sisters and brothers, so CAN WE IMAGINE? John Lennon was murdered for writing and singing: IMAGINE! Some people do not know or remember KENT STATE! So for those of you that do not know about it: students were marching and carrying flowers in protest of the Vietnam War and our government murdered 9 and seriously injured dozens of us for carrying flowers to protest the Vietnam slaughter! We surely suffer from very short memories, however for those elepahants like me out here, we never forget anything!! Cause we elephants are faithful 100%!!! Thank you Dr. Seuss!!!

People have Less chance of being homeless in the United States then in a Third World country. Being the richest country in the world does not stop people from being lazy for thinking alcohol or other drugs more important than work if you don’t work you’re going to be poor.

Blaming the Poor is really lame. Fucking Corporations are robbing you blind. Wake Up.

We have socialism for the GREEDY genocidal rich and servile greedy fascist middle class cops and bureaucrats who = duopoly....we need the 7 year old GREEN NEW DEAL www.jill2016.com not the idiot plagiarism of @AOC and fake news that censors Dr Jill Stein and us GREEN VISIONARY true workers for democracy in Congress 50 thousand persons per Congressional DISTRICT ratify 1st AMENDMENT in 27 more states ERA in 3 more states

This is what, in part, comes from our "Ronald Reagan rugged individual self-made man" mythos that the U.S. has elevated to a patriotic core value. It is delusional, dupes the masses to further insulate the robber barons from criticism, and prevents the growth of social empathy for our fellow human beings. And guess what, folks: Conservative patriarchal religion, along with entrenched racism, is the co-key weapon for keeping the bulk of the populace blinded to the insanity of this social injustice and waste of human potential.

I was pissed off when they made such a fuss over his stupid funeral. The day after he died everybody at work acted normal and I thought GOOD, this is going to pass without any God Bless bullshit, a few days later .... ?

I watched a YT video about Seattle Is Shit recently. I watched it because I lived there for a while and I wanted to see what they were talking about. I couldn't believe it. When I was there, people were starting to come up from California in search of work. Now the city is inundated with tents and refuse. The politicians say the problem is homelessness. The people say the problem is drugs.

It is no more inundated than most large cities. For a while, they set up tent cities away from downtown to keep the homeless coraled. I was back this summer and the homeless are once again pushing into the downtown.........they need money, too.

BTW: Part of Mississippi has been listed on the UN areas having water and sewage mixing problems. That IS a third world condition.

Yep, that's it in a nutshell. Wealthy folks just say "fuck you, I got mine".

@Redheadedgammy , it's worse than that...not only are the saying "fuck you, I've got mine", but they want more, always more.