Walmart, the nation’s largest private employer, announced plans to hire 150,000 hourly associates in the U.S. as well as hand out $550 million in cash bonuses to reward workers amid the coronavirus pandemic.

Now, to be completely honest, I’ve never had a desire to even shop - let alone work at a Walmart - but, if I’m reading this correctly, and they’re willing to give me a $550 million signing bonus, I’d surely consider it.

So, what’s next? My guess is - it’ll be President Trump taking to Twitter to brag about the 150,000 jobs he and the coronavirus have just created.

But all kidding aside, you’re telling me Walmart is actually planning to give ordinary workers bonuses? Now, the last thing I’d ever wanna do is alarm anyone, but isn’t that the first sign of the apocalypse? 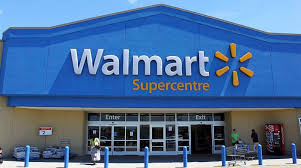 If you pay attention to detail, this is not as it appears. As is common, this will null and void any threat of paying sick leave, overtime, and hours deeming part time workers to fill time. In addition, as is common with Wal-Mart, they'll hire for their own "emergency" then have massive layoffs and terminations, likely terminating some (many?) long time employees.

There's nothing good about this except for the few weeks/months someone will make slave wages, which will allow them food stamp benefits if in one of the states requiring work to be eligible.