We rely on members to let us know when posts contain content that violiate the community guidelines. The most common reason that content gets flagged is that it contains dehumanizing or trolling/baiting text. Getting too many flagged posts will result in account termination.
Visit Group Join Group
0 0

As he continues to slide in the polls, President Trump has been frequently relying on outrageous conspiracy theories, in an effort to define rival Joe Biden as simply a “front” for lawless anarchists, with an agenda controlled “by people in dark shadows.”

In fact, during a recent interview with Fox News host Laura Ingraham, President Trump claimed a friend of his was on a plane - entirely filled with thugs in dark uniforms. It was obvious these folks were looters, anarchists, rioters, and people who were looking for trouble - and all of them were headed to Republican National Convention, with the sole intention to “wreak havoc.”

Holy cow! It sounds like Trump’s poor friend must have accidentally boarded an “Antifa Airlines” flight. That said, I have heard that travel agents will tell you that Antifa Air does have some of the best connections of anyone - especially, for those looking for a direct flight to a communist or anarchist convention.

Why, I even know a guy who has flown Antifa Air so many times to cities where he can riot, loot, and encourage women to get late-term abortions, that he now has nearly enough air miles for a free round trip ticket to former Soviet satellite Uzbekistan. So, take that Trump Air! 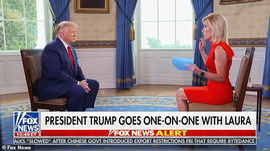