President Trump repeatedly contradicted one of his top health officials, claiming that Centers for Disease Control and Prevention (CDC) Director Robert Redfield, was both confused and wrong when he said a vaccine will likely not be ready until mid-2021, and that masks may actually be more effective than a vaccine in protecting individuals from the virus.

Well, I guess it all boils down to “just who are you going to trust?” On the one hand, we have a well-credentialed doctor and a scientist - and on the other, a wealthy, pampered, spoiled, willfully ignorant man-child - who stared directly into an eclipse and believes wind mills cause cancer? I get it - those are some tough choices.

OK, but then just ask yourself, when’s the last time you were out somewhere in public, and heard someone cry out "Help, my husband’s having a heart attack! Is there a sleazy, New York real estate developer with mob ties in the house?”

Even so, I really don’t blame anyone for this incredible mess we’re all in. After all, I don’t think it’s possible anyone could have ever dreamed that having a narcissistic, con-artist, lying grifter - serving as President during times of unprecedented crisis - could end up being a problem. 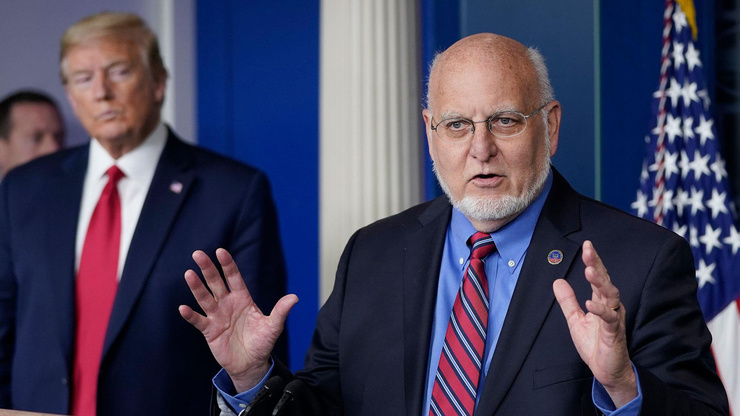 Anyone who is stupid enough to believe anything Trump says is to dumb to live. Harsh to say but it is a way to tell them that it is their responsibility to figure out that he is a lier and wants to kill them. He says this every day all one has to do is listen.