One of the problems of living in the south is that you have to mow the grass in the winter, not looking forward to it. The real estate agent spread winter rye grass to make the house more attractive. It is supposed to die out by July, that was 1986, you can see that it still comes back every year. 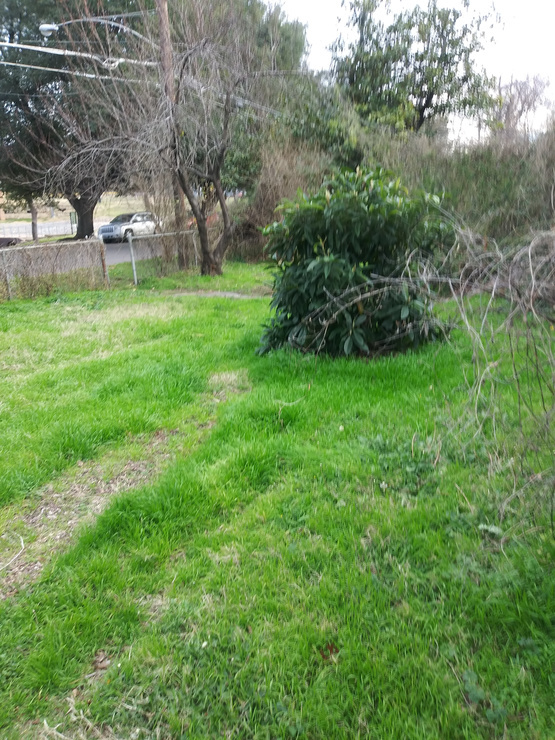 I have a small boat that has no where else to live but on a trailer in my garden in the winter. As the garden is itself pretty small, that means, I have no garden from 1st November to 1st April That's fine, but it turns out its enough to completely kill the grass each year. I then try to grow more grass and by about mid September, there will be some, with a load of weeds.

And then we start again! I'd love grass like that!

It's winter rye grass, I live between the zone where cold winters keep it in check and it only grows a few inches and where it is hot and wet enough to kill it by June. It goes dormant every summer and returns in December. It is enough of a problem that it is considered a weed here and local feed stores will recommend against planting it unless you are using it for winter forage (horses, cows, sheep).

When I lived in Rosepine, LA we started mowing in February and mowed until November.

I had twelve inches on top of it 5 years ago and it came up the next year, late, but it came up. In Dallas. I restricted to the types of edibles I can plant

@Donto101 I gave up after adding 25 tons of wood chips, I am on top of the Austin escarpment so soil depths are minuscule. The chalk holds water well, up until July when it dries out until the September rains, I am literally on the dividing line between the east and west, to the east is the alluvial river deposits, to the west is the beginning of the desert. I have been a plant person my whole life, so there is very little I haven't tried

Ask a local immigrant hanging around the Home depot parking lot "Por favor, Necesito ayuda con el cuidado del césped." (Please; I need help with lawn care). I'd start at $10 an hour. Expect to pay $20-30...and to take them home. You will be impressed...

Wow...consider hiring a Gardener. Go down to your local Home Depot/Lowes parking lot....see those immigrants hanging around? Make them an offer to get "help with lawn maitenance"...They're very good, very hard workers. Offer them water, and a snack, and be prepared to ride them back to the lot or to their home when they're done (I offer to take them home so I "know where they live" in case something goes missing).

Wow, we don't touch our lawn for months here in NFL. My grass is now covered with seasonal weeds. Eventually it comes back and mowing season starts again. I wish I could get rid of it. But I most likely will sell this place before I am able to transform a land on something else.
At least it is a pretty green. ? 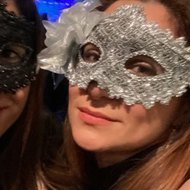 I wish i could just let it grow, but it gets about 18 inches high and the mailman won't trudge through it. I never planned on staying here, but that was 2 lifetimes ago.

@glennlab I have a couple o those

I like grass. Did you sell the house or buy it?

I bought it in 86, and the crap is still here

@Cutiebeauty I believe the master gardeners that told me not to worry, it would all be dead by June or July at the latest. I wasn't worried about the lawn, I was young and I didn't have to mow half an acre anymore. During the summer it dies and my xeroscape comes out, but winter when everything is supposed to be dormant, this keeps coming back

Send him the bill. If grass is wanted 2" high then that is the variety that should have been planted. Otherwise cover it with straw and get some winter crops growing.

@glennlab Send them a copy of Cipolla's 5 Basic Laws of Human Stupidity and ask them to debate it in on meeting with questions from the public including explanation of the $670 fine out of fire and snake hazard season!

"We should all know by now that lawns of green grass aren't so "green" for the environment. Keeping turf from turning brown wastes water; people use too much pesticide and herbicide, toxic chemicals that can contaminate the fish we eat and water we drink. And keeping lawns at a reasonable height burns fossil fuels, releasing greenhouse gases and other pollutants into the atmosphere. Now a new study in Geophysical Research Letters shows that turf causes yet another problem, this time from the fertilizer spread to keep grass growing."
Read more: [smithsonianmag.com]

Use an electric lawnmower with a long extension cord, or one battery operated. The one with the extension cord is inexpensive to buy and operate, and does not pollute with gas and oil fumes emitting CO2, NOx and smoke particulates.

I mow my front yard, but let the back yard grow wild, because cars driving by cannot see it, and wildlife, including deer, birds, bees and butterflies like it.

I don't water my grass at all, I water and feed my plants at a responsible level and have mainly native plants, I have never been a "lawn"guy and my backyard is a certified nature habitat (no mowing required). So way ahead of you already, but I agree more people should follow suit.

You could use a push mower, and get some healthy exercise too.

@Fernapple or use a scythe

@FrayedBear Yes I love using a sythe, but there is a skill level required and it is hard to find teachers today, so I just said push mower because that is easiest for most people.
The video is great, he is really good I don't think that I will ever reach that level, especially as the man with the strimmer is pretty fast too.

@Fernapple ATM I'm in a wheelchair, hope to be able to push a mower soon.

@EdEarl oh wow, sorry to hear that. What happened? And glad to read your prognosis is you will yet again push mower and barrow

@glennlab My ignorance of your yard practices is similar to our ignorance of God. I used your post to pass information about the crazy way people in the US care for lawns, and its destruction of the environment. I intended no insult. Sorry.

@EdEarl, @Fernapple It depends which scythe. At 16 I had to learn the English scythe which is tucked into the shoulder and pivoted in an arc from the ankle whilst being anchored to the shoulder. 50 years on I remember the technique. The European style scythe used in the video is far faster in the area that it covers and of course in the competionit is no surprise that the width of the grassy plot coincides with the width of the scythers arc where he is gaining maximum cutting velocity.
As with everything - practice makes perfect and the sharper the blade the easier it is to cut with.

@FrayedBear You should put that video up as a post, on the gardeners group page at least, it is really wonderful and everyone should see it.

@FrayedBear Happened? It is a long boring story. Briefly, neither my Mother nor the majority of doctors heeded Hippocrates advice, "Let food be thy medicine, and medicine be thy food." Late in life, after food nearly killed me, I stumbled into a doctor who taught me how to eat.

@Fernapple OK, I'll post on the main page. Thanks.

@EdEarl I hope that it comes good for you.

@Fernapple it has been posted several times I think.

@EdEarl Please share to "Passions" so I won't miss it.

@FrayedBear I just now posted on the main page; everyone should be able to see it, except those who have blocked me.

It has to be better than the crab grass they call a lawn here . In the north , crap grass is a weed and is killed off .

Oh no! Nice and green though.

It's thick, stays wet until afternoon and clogs up the mower, but it is green and fast growing.

@glennlab grow it to 3' high then scythe it down? See video above.