We rely on members to let us know when posts contain content that violiate the community guidelines. The most common reason that content gets flagged is that it contains dehumanizing or trolling/baiting text. Getting too many flagged posts will result in account termination.
Visit Group Join Group
11 4

When did your vegan\vegetarian journey begin? What made you make that change?

I was 19 and a friend offered to teach me how to cook vegetarian recipes. Luckily she was a good cook and I never looked back after 30 years.

That was a nice friend for sure.

When I met my previous partner she informed me would would not eat pork as pigs were too intelligent to simply use for food so a seed was planted). When we returned to the US we got addicted to NPR and started hearing stories of the meat industry especially beef and decided to let go of that item. Later we slowly eliminated the other meats and finally, after being in the US for 4 years we celebrated our first Thanksgiving meat FREE. One good thing is that going slowly we were able to open many doors to other foods and never felt we were missing something. I have never looked back. My late partner became vegetarian for health issues but after meeting me she became an in-you-face vegetarian and there are a lot of us where I live.

It began as a health issue then quickly became ethical. I developed asthma as a teen and after years of being on many meds, including steroids, and not seeing much of a difference, I started researching on my own. That led to the discovery of dairy causing inflammation, more volume and thicker mucous production, the definition of asthma. I removed dairy from my diet and was able to stop all of my meds in a couple of months. I decided if I was lied to about nutrition, then what else was I lied to about by lobbyists, parents, teachers, govt, etc. I was already not using products containing or tested on animals when this happened while I was in college. So eliminating my wool/leather clothing, removing dairy and shortly after flesh created my vegan lifestyle 31 years ago. I already did not support animals in entertainment/zoos/racing/etc by 20th birthday.

Can't believe I trusted people's info on nutrition and the treatment of animals on farms before that. I don't think I ever forgave myself for that.

I have been in your place, tons of prednisone back in my day. It's sad how we are just lied to, there is no money in preventive care. There is no money in suggesting patients to stay away from dairy due to health reasons like asthma.

@Wildgreens Right!? Very frustrating how people do not realize to educate themselves outside of those who have a vested interest in the info they are giving. Especially these days when all kinds of information is available easily.

@Susan4birds
Yes I completely agree.The other thing is they completely trust their Dr, so they will not be open minded to anything else.

The cruel and senseless death of two friends got me to thinking about the fragility and preciousness of life. Watching some crabs being boiled alive sealed the deal. That was 36 years ago. But only 6 years a vegan. That's when my son went plant based and it would be way easier for us to eat if I went with him. My mouth still waters when I smell meat cooking.

I have always done a meatless day where I'd cook dinner with the family with no meat or animal products. One of my kids went vegetarian when she was a teen (she's now 31 and eats anything except pork.) Mostly that was just for variety in our diet. At that time the common wisdom was to combine proteins (different foods with different components that make complete proteins, thank goodness we now know that isn't necessary.) I've always been interested in nutrition and cooking. And then post divorce and unemployed I got into eating cheap and nutritious. I was also into DIY and recycling/reduce/reuse. That led into information on how wasteful, inhumane and harmful for the planet that commercial farming practices are. So, trying to avoid becoming diabetic, and still wanting to eat cheap and healthy, I usually eat vegetarian. Some weeks I do go so far as vegan. And some weeks I am a total omnivore. For the most part I eat vegetarian. Due to some changes I am no longer pre-diabetic and healthier than I've been in several years.

I was once a diabetic and weighed 240 pounds. Thank you for your contribution with recycling. You took charge of your health!!! Congratulations on the no longer pre-diabetic!! You made the change for a healthier you!!

@Wildgreens Giving up sugar was huge for reversing the pre-diabetes, and losing weight. More Americans need to be educated about what is really in our "food". Too much food is a food product, mostly chemicals rather than real food.

I was diagnosed with type 2 diabetes on 4/5/16 and was forced to immediately overcome a lifelong debilitating fear of needles as I was insulin dependent. Not long after that, I became lactose intolerant. I hate the idea of being permanently tied to medication so I started researching ways to improve my metabolic functions and came to the realization that my mostly meat approach to reducing insulin dependence was only giving me high blood pressure.

On 12/1/17 I stopped eating all animal products, 3 days later I had forgotten to take an insulin dose and realized that my glucose levels were “non-diabetic.” I began a careful observation on my glucose, testing sometimes 16 times in a day, but nothing changed. After 2 months, my pcp took me off insulin and all liter diabetes meds. Another 3 months and I was off the blood pressure meds.

Doc says I’m not diabetic anymore. So, I have continued, and I cook nearly every meal with fresh veggies and the occasional “Vegan fast food.” Why mess with a good thing...and besides, I’m a great cook! 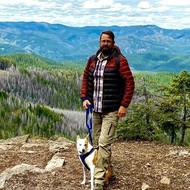 That's a wonderful story!! Go you!!

You saved yourself and that's empowering.

@Wildgreens I’m just happy I didn’t have to resort to prayer, I’m not into “being saved”

A Vegetarian diet helped with a 30 year debilitating migraine problem, first went Vegetarian about four years ago, eliminated dairy and all animal products 2 years ago and at some point I decided it resonated with me to make it much more than diet and I embraced being vegan. It’s a journey, didn’t just flip a switch.

It's a great journey though. Yes it's a gradual decision, but you have done it!

I've never cared for meat, even as a child

I felt the same way, but parents decided my diet.

@Wildgreens same here.. they made me sit at the table until I ate it and drank the milk. Lol. Sometimes I out lasted them. I'd sit there until bedtime.

I have always hated the smell of cooking flesh....I made onion or radish sandwiches for my school lunches hating the slimey warm smell of BALONEY or bitter salami....yet as Cherokee I was taught to hunt and fish....my last rabbit kill for my dying racist father is when I swore off using my intellect to predict where to shoot a poor bunnie running away for safety from wasichu.. .if all meat eaters were required to buy a hunting license to eat cadavers AND WORK ONE DAY A YEAR IN A KILL FLOOR in a packing house....THEN MOST PEOPLE would repudiate the cash for killing mammals birds and fish markets

The smell of meat makes me throw up.

I'm flexitarian... Mostly veggies with meat occasionally... I've been like this my whole life... Brought up this way... Lately, I've been eating more meat... Due to pregnancy cravings...

Congratulations on your baby!

In the early '90's my gf at the time and I attended a lecture by Howard Lyman at a local public library.

I had been vegetarian previously, but had gone back to eating meat. Hearing what he had to say caused the two of us to go vegetarian.

Howard Lyman s a powerful speaker and has a great story himself. Wonderful how many lives he has changed, human and non-human. <3

Posted by WildgreensLots of Omega 3’s

Posted by WildgreensDid you know?

Posted by UrsiMajorSalty and spicy Vegan jerky tastes like the real thing.

Posted by WildgreensToxins to the Brain

Posted by Wildgreens😡 When vegans are persecuted for speaking out against global warming, and animal cruelty.

Posted by WildgreensKamala Harris & my advice